Many who heard bomb blast at the Boston Marathon have tinnitus 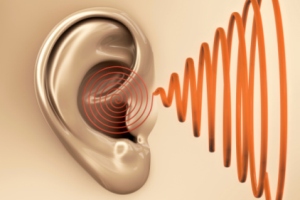 Hundreds of people were in close proximity to the deafening bomb blasts at the Boston Marathon, and many have been treated at local hospitals for serious ear injuries. But hearing specialists say an untold number of other people could be suffering from hearing loss or ringing in their ears, called tinnitus, though they did not seek out medical help immediately.

Several patients visited Brigham and Women’s Hospital after the race for hearing problems, as well as non-urgent shrapnel wounds. A spokeswoman said all had been discharged.

High-energy sound waves from an explosion can damage the ear by destroying nerve cells or ripping through the delicate eardrum tissue that separates the outer ear from the middle ear.

“Many of the patients with hearing loss that we’re treating were right by the bomb site, but it’s possible that less severe effects have occurred in those who were 100 feet or more away from the blast,” said Dr. Alicia Quesnel, an otologist at Mass. Eye and Ear, which has seen at least a dozen patients.