Shorter runway forced them to hit the brakes hard 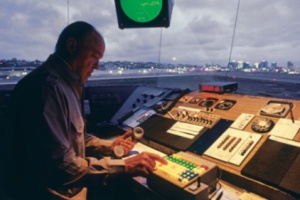 Although there were no injuries, the incident could have had serious consequences if the plane -- which was cleared to land at Branson Airport -- had collided with a plane on the ground at M. Graham Clark Downtown Airport -- which was where it actually put down. Additionally, the runway at the Clark Airport is about half the length of the Branson Airport's 7,000+ feet long runway.

Not until they landed...

According to the jet's cockpit voice recorder (CVR),  the Southwest crew was informed by air traffic control that that they were 15 miles from their intended target, which was Branson Airport. The crew responded that they had the airfield in sight and ATC cleared the aircraft for a visual approach and landing on runway 14 at Branson Airport. According to the CVR, the landing was uneventful and it was not until shortly after landing that the crew realized they had landed at the wrong airport.

The pilots told the NTSB that the approach had been programmed into their flight management system, but that they first saw the airport beacon and the runway lights of M. Graham Clark Downtown Airport, located in Hollister, Mo., which they mistakenly identified as Branson Airport. They cited the bright runway lights at M. Graham Clark Downtown Airport and the fact that the runway was oriented in a similar direction. They also informed investigators that they flew a visual approach into what they believed to be Branson Airport and that they did not realize they were at the wrong airport until they had landed. They confirmed that they utilized heavy braking to bring the aircraft to a stop and then advised the Branson Airport tower that they had landed at the wrong airport.

Not much experience with Branson Airport

The captain has been with Southwest since 1999 and has about 16,000 flight hours including about 6,700 hours as a captain on the B-737. The captain informed investigators that this was his first flight into Branson Airport.

There were 124 passengers onboard the flight. The pilots were relieved of their duties and another Southwest plane was flown in to take the passengers to their other destinations.

The NTSB says its investigation will continue. The flight data recorder (FDR), recorded approximately 1000 parameters and contains approximately 27 hours of recorded data, was sent to the NTSB laboratory for readout and analysis. In addition, the CVR contained two-hours of good quality recording.

What's wrong with being the safety police?