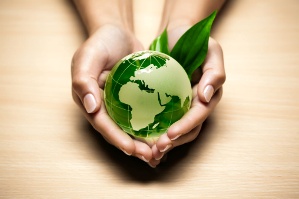 The EPA’s Green Power Partnership latest list of the Top 100 organizations that are choosing to use electricity from clean, renewable sources -- like wind and solar power – shows that tech companies are leading the way, although more traditional industries are on it as well.

For the seventh year in a row, Intel Corporation tops the list as the nation’s largest voluntary user of green power, meeting 100 percent of its electricity load with renewable resources. Other technology companies in the top 10 include Microsoft Corporation, Google Inc., and Apple Inc. Apple increased its annual green power use by nearly 100 million kilowatt-hours (kWh), moving from No. 11 to No. 8 on the list. In total, the combined green power usage of these Top 100 Partners amounts to nearly 24 billion kWh annually, which represents close to 83 percent of the green power commitments made by all EPA Green Power Partners.

The top 10 partners appearing on the Top 100 list include:

The list is calculated based on annual green power usage (in kilowatt-hours) by Green Power Partners.

“By using green power, these companies and organizations are showing that business can flourish while taking meaningful steps to reduce carbon pollution,” said Gina McCarthy, EPA Administrator. “Making cleaner choices to power our communities, institutions and businesses reduces the pollution that contributes to climate change, protects America's health and environment, and supports continued growth in the green power sector."

Universities get recognition, too

In addition to businesses, the EPA is recognizing increased green power use among higher education institutions through its College and University Green Power Challenge. Out of the 33 competing conferences, the Big 10 is this year’s conference champion, collectively using more than 309 million kWh of green power annually and avoiding carbon pollution equal to that produced by the electricity use of more than 30,000 American homes. The University of Pennsylvania continues to be the top individual school in the challenge for the seventh year in a row, purchasing more than 200 million kWh of wind power annually - more green power than any of the 78 other competing schools.

EPA also recently announced that in support of President Obama's Climate Action Plan, the Green Power Partnership is launching the On-site Renewables Challenge, with a goal to double the use of on-site green power by partners by the end of the decade. As part of the Challenge, EPA invites partners to increase the amount of energy they produce and use from on-site renewables by the end of the decade.

What is "green power"?

As part of the EPA’s Green Power Partnership, more than 1,200 organizations are purchasing more than 28 billion kilowatt-hours of green power annually, avoiding carbon pollution equal to that created by the electricity use of more than 2.4 million American homes. The partnership provides quarterly updated lists of partners using green power in the following categories: retail, technology and telecommunications, local government, and K-12 schools, among others.

More on the Top 100 list and other Top rankings: www.epa.gov/greenpower/toplists