"How can we achieve global safety sustainability?" 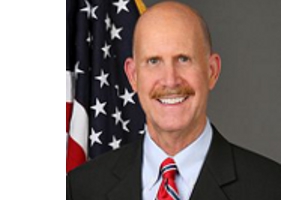 Just over a year ago, on April 24, 2013, Rana Plaza, an eight-story commercial building in Greater Dhaka, the capital of Bangladesh, collapsed. The death toll has reached more than 1,000. Thousands more were rescued from the collapsed building. The vast majority of workers killed or injured were garment workers[i].

The Rana Plaza contained five garment manufacturing factories, a bank, apartments, and several other shops. The day before the collapse, shops and the bank on the lower floors immediately closed after cracks were discovered in the building. However, garment workers were ordered to return the following day or risk loss of pay or termination. The building collapsed that next morning.

Rana Plaza workers are part of the global workforce—producing various products for export to countries like the United States—for people like you and me to buy in our local stores.

In the aftermath of the disaster, expressions of concern, sorrow and condemnation were heard from many world leaders, including Pope Francis. Some multi-national merchandisers from several countries are contributing support to care for and compensate victims’ families; worker advocates are trying to ensure better protections for Bangladeshi garment workers; and safety and health professionals from Bangladesh and from around the world are contributing their assistance and expertise to ensure fire and building safety is a priority for all workers in Bangladesh.

On May 7th, the National Institute for Occupational Safety and Health was pleased to host a meeting in Washington to explore projects to strengthen workplace health and safety in Bangladesh. At the meeting were representatives of the Embassy of Bangladesh, the U.S. Department of Labor, the Alliance for Bangladesh Worker Safety, the Bangladesh Accord on Fire and Building Safety, the American Industrial Hygiene Association, (AIHA) the International Occupational Hygiene Association, the American Society of Safety Engineers, and others.

NIOSH is pleased to join in the effort to raise the level of safety provided to garment workers in Bangladesh, and is committed to do all it can do to assist global efforts to address the many issues presented by the Rana Plaza disaster[ii].

Even so, we need to ask ourselves—can we do more? Can we improve garment industry workforce safety in more than just one country? Is there something we can do to address these same safety and health issues across the global workforce?  In other words, how can we achieve global safety sustainability?

We have made much progress in the U.S. since the Triangle Shirtwaist Factory Fire on March 25, 1911. And much of the credit goes to a small group of 62 people—dedicated to protecting people, property and the environment—who joined together in October of 1911, motivated by the mission of creating safer workplaces for all American workers. These 62 people, originally known as the United Society of Casualty Inspectors, are today known as the American Society of Safety Engineers—a safety practitioner societycomposed of thousands of dedicated safety and health professionals[iii].

In 2014, what steps can we take to ensure that...Click here to read the rest of the article.