Should 16-year-olds work as loggers? 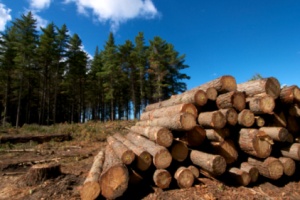 The American Industrial Hygiene Association® (AIHA) has issued letters to Congress in opposition of new legislation that would exempt certain 16- and 17-year-old children employed in logging or mechanized operations from child labor laws. The bill, known as the Future Logging Careers Act, would amend the Fair Labor Standards Act of 1938 which currently prohibits employing anyone under 18 in logging.

“We’re concerned that this legislation would have a detrimental impact on the health and safety of young workers,” said AIHA President-elect Daniel H. Anna, PhD, CIH, CSP. “Logging and tree-trimming are dangerous jobs, even for seasoned workers, and employing young and inexperienced workers only exacerbates the risk of serious on-the-job injuries.”

The bill was introduced by U.S. Sens. Mike Crapo (R-Idaho) and James Risch (R-Idaho) and U.S Rep. Raúl Labrador (R-Idaho) in May as part of an effort to bolster one of Idaho’s most important industries and improve the state’s economy. The legislation calls for the same regulatory exemptions as the agriculture industry, which allows family members between the ages of 16 and 17 to work under parental supervision.

Data indicate that the U.S. agricultural industry is prone to high occupational injury and fatality rates. On average, 113 workers under the age of 20 die from farm-related injuries annually, according to the National Institute for Occupational Safety and Health (NIOSH). Thirty-four percent of those deaths are attributed to young workers between 16 and 19 years of age.

Not the right way to stimulate growth

“Although different operationally, logging and tree-trimming comprise some of the highest injury and fatality rates nationwide. Adding an exemption for the logging industry to employ 16 and 17 year olds, and subsequently increasing the number of minors at risk of serious injury, is not the right way to attempt to stimulate economic growth,” added Anna.