Whew! What a relief- 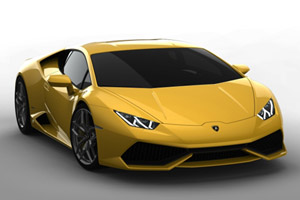 If you plan on buying a Ferrari, Lamborghini or Jaguar, you don’t need to worry that your vehicle doesn’t meet federal safety standards.

Those makes and others will be allowed to be imported into the U.S., even though they don’t fully comply with safety requirements, under an exemption announced yesterday by the National Highway Traffic Safety Administration (NHTSA).

The updated list of foreign vehicles exempt from the regs includes more than 500 models that are manufactured overseas, such as certain BMWs, Porsches and Bentleys.

Some vehicles made by domestic auto companies that were manufactured for foreign markets -- like certain versions of the Ford Mustang and F150, Chevy Impala, Jeep Cherokee and Dodge Ram – also made the list. Some of these vehicles were manufactured with the driver's seat on the right side of the vehicle.

In making the announcement in the Federal Register, the NHTSA said these vehicles may be imported if the safety features are "capable of being altered to comply with" federal standards.