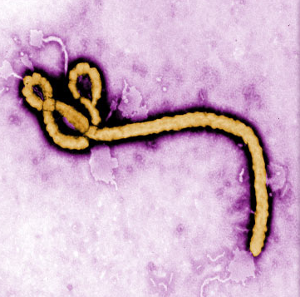 The nurse in Texas stricken with the Ebola virus, the first transmission of the disease in the United States, seemed to have taken all the precautions needed to protect herself from Ebola, according to press reports.

She wore a mask, gown, shield and gloves. Her patient, a man who contracted the virus in Africa, was in isolation at the Dallas hospital where she worked.

The nurse is "clinically stable," Centers for Disease Control and Prevention director Dr. Tom Frieden said at a news conference on October 13.

A breach in protocol

The CDC said on October 12 that there was a breach in protocol in Texas, but officials haven't elaborated on what that means. Instead, they said the protocols laid out for American hospitals work.

According to CNN, CDC disease detectives have interviewed the Texas nurse several times and think there were "inconsistencies" in the type of personal protective gear she wore and with the process used to put the gear on and remove it.

The nurse who tested positive for the virus worked at Texas Health Presbyterian Hospital in Dallas.

Frieden said the CDC is considering several ways that breach may have happened, including whether the infection occurred when the protective equipment was removed or when the patient, Thomas Eric Duncan, received kidney dialysis or respiratory intubation.

Those procedures were "a desperate measure to try to save his life," Frieden said. "Both of those procedures may spread contaminated materials and are considered high-risk procedures."

He said, "When you have potentially soiled or contaminated gloves or masks or other things, to remove those without any risk of any contaminated material ... touching you and being then on your clothes or face or skin...is not easy to do right."

Taking extra precautions outside recommended CDC protocols can actually increase the odds of infection, Frieden has said. Caregivers are supposed to double their gloves in some situations, but triple gloving is a violation of CDC protocol because it arbitrarily increases the steps to remove gear and could expose a health care worker for longer than needed.