Outstanding example of a safety briefing 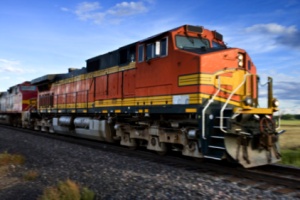 Recent I joined the BNSF Road Way Equipment Safety Leadership Team in Dallas, Texas. They began their meeting, as many companies do, with a safety briefing. For most meetings, I hear someone give a quick safety minute talk about a general hazard. At many meetings, the emergency exits are pointed out and actions to take are shared. BNSF went way beyond that in just about the same amount of time. First, I will discuss what they did and I will finish the article with why I am so excited about it.

They first asked the audience what exposures existed in this classroom (which was a meeting room at the Fort Worth Hilton). This was easy for people to call out as they were already listed at the top of five wall size post-it notes in front of the room. It is also the same five exposures they consider before they perform any job or task. They were:

Here is what audience members called out as issues attendees needed to be aware of to stay safe at their safety meeting:

For Ascending/descending, stairs going up and down from the stage were pointed out (Which did not have handrails! Shame on Hilton for being behind the curve in the meetings industry and not having stair rails). We came up with a safety solution which was to have someone in the front row stand and assist anyone leaving the stage. Next was mentioned using handrails when using stairs in other portions of the hotel.

For Line of fire/release of energy, it was suggested that opening doors into and out of the meeting room should be done slowly to avoid hitting someone. Also, to do the same when entering and exiting the restrooms. It was also pointed out some of us were sitting under chandeliers and if certain weather conditions occurred we would want to move out of their path.

Pinch points, watch out for closing doors. Also it was pointed out that holding a chair and moving it back could cause you to be caught between a neighboring chair.

Walking/path of travel -- attendees were asked to push their chairs in close to the table when they were not sitting in them as it would create safer walkways in a crowded room. Locations of taped down cords for projectors, etc. were pointed out. Some buckling places in the room’s carpet were noted.

Life-saving processes -- people trained in CPR were identified, the first aid kit brought from one of the trucks to the room, and location of an AED at the front desk of the hotel were discussed. It sure beats wasting time looking for one when someone is lying on the floor in immediate need of treatment.

Why am I so excited?

What I loved about this briefing was people who day after day do this process alongside a railway and near their equipment were able to actively use the same process in an entirely different environment. They clearly understood the principles of this process because they were able to translate it to a hotel meeting room situation. Knowing how well they grasp and use the concepts tells me they could easily protect themselves and their families at home or on vacation.

Another exciting factor was the involvement they had in the process. No one had to prod the audience for answers. It was also an atmosphere where it felt comfortable to contribute. I even spoke up when they discussed the stage stairs and suggested during the day they should comment to Hilton hotel staff if they are hosting a company's safety meeting they might want to invest in stairs with handrails.

Make sure your safety briefings go beyond being automatic and insignificant. There is always a danger of something being done habitually losing its impact. Involve as many people as possible and change who does the briefing. Whenever possible, BNSF did make the process relevant to the situation as opposed to general safety topics. Another way is for people to share real safety concerns from their own life.