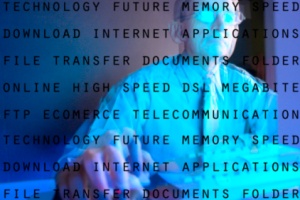 If a new generation comes about every 20 years or so, we’ve now seen two generations at the controls of the Occupational Safety and Health Administration, or Versions 1.0 and 2.0. Version 3.0 has been on the market since 2008, when the third generation of OSHA hands took command of the agency. OSHA was signed into law by President Nixon at the end of 1969, and Version 1.0 began functioning in 1970.

OSHA Version 1.0 was the workhorse between1970 and 1990. Critics called its ramped-up inspection programming trivial and/or out of touch.

OSHA of course had a lot of catching up to do when it first opened its doors. OSHA Version 1.0 included a raft of “no brainer” rules and regs:  Benzene. Vinyl chloride. Cotton dust. Machine guarding. Use of PPE. Unions were happy, business trade associations outraged, and a good many people made a nice profit selling PPE to first-time users while OSHA Version 1.0 was out running in the marketplace.

OSHA Version 1.0 was updated in the 1980s with the landmark hazard communication rule, a stricter noise exposure standard, and after Bhopal, the process safety management rule in 1992. The activist image associated with OSHA Version 1.0 concluded, in hindsight, with the confined space rule issued after 16 years in 1993.

A Republican appointee, OSHA chief Jerry Scannell, ironically pushed for an expanded OSHA Version 2.0 with the support of Labor Secretary Elizabeth Dole between 1988-1992. OSHA Version 2.0 featured forays by OSHA into regulating motor vehicle safety and smoking in the workplace. Both features of OSHA Version 2.0 were extremely controversial in the marketplace due to their perceived broad intrusiveness, and never got beyond proposals.

OSHA Version 2.0 had its run from 1990 to 2010. The Democratic Clinton administration, again with some irony here, tried engineer a “reinvention” program in OSHA Version 2.0, with various “customer friendly” bells and whistles. Now unions were outraged and business groups skeptical, prodded to be ever-suspicious by labor law attorneys and other profiteers of the more angry features of OSHA Version 1.0.

In 2001 President George W. Bush streamlined OSHA 2.0 by stripping it of most complicated programming, regarding a set of ergonomics rules,

From 2000 to 2008 OSHA Version 2.0 was indeed a stripped-down model. There were very few new regulatory features. Version 2.0 came with a much better OSHA website, and much more programming geared at generating alliances, partnerships and promoting the Voluntary Protection Program.

In 2008 the Obama administration unveiled OSHA Version 3.0. At first look it seemed very retro, harkening back to the Version 1.0 programming of “the cop is back on the beat.” The alliance and VPP programming of Version 2.0 were trimmed way back. There were worries, unfounded it turned out, that the VPP would be discontinued in Version 3.0.

Selling OSHA Version 3.0 has been tough going on Capitol Hill and on Main Street. Version 3.0 had some expansive regulatory programming, highlighted by an injury and illness prevention program feature that appears costly and complicated at a time many businesses are simply trying to survive the rocky economy.

In 2012 and beyond, look for OSHA Version 3.0 to build on its wildly popular website; an absolute treasure trove of safety and health information. Other features of Version 3.0: OSHA sponsored “how to” webinars and podcasts; many more YouTube OSHA produced videos; and OSHA mobile apps for iPad-type devices and smartphones.

Future versions of OSHA will like continue to focus on customer-friendly information technology, provided it can get the budget dollars for it. The small stores on Main Street love to access OSHA’s information resources.

Future versions will continue to offer sturdy enforcement programming for “bad actors” and “serial violators,” training components, and a stripped-down regulatory feature that will be activated to go live when a Democrat sits in the White House and the economy is growing, not shrinking.