Sorry, Mitt, corporations are not people 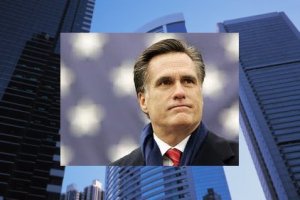 Last August while trolling for votes at the Iowa State Farm, Republican presidential candidate Mitt Romney created a media stir when, egged on by an irate protestor, said, “Corporations are people, my friend.” After someone yelled, “No they’re not,” Romney went on: “Of course they are. Everything corporations ultimately earn goes to people. Where do you think it goes?”

Let’s put aside the issue of which “people” benefit most from corporate earnings, and the Grand Canyon-size gap between what executives are paid versus the average worker.

It’s been said forever that safety is all about people. Many if not most safety and health pros are drawn to their positions because of their feelings for people; their innate desire not see people hurt or killed on the job.

If a corporation was a person, it would have its own conscience. It would have, either in its DNA or through parenting and schooling, some sense of right and wrong. But corporations are not biological, obviously. Some CEOs do have a conscience for safety, for sustainability, for a sense of corporate responsibility. But CEOs are agents for the corporation. Agents with agendas, emotions, perspectives, values, ambitions. These very human characteristics steer the corporation.

As such, sustainability and social responsibility often become “directional” tactics, not values. Marketing and communications departments get involved to make the corporation more appealing, more reputable and responsible to customers, stock analysts, investors, regulators, their own employees.

There is nothing wrong with tactics of self-interest if they benefit the safety and health of the employees, the environment, and the communities in which corporations operate. Let’s have more of it.