Jordan Barab
Five years after a catastrophic ammonium nitrate explosion in West, Texas killed 15 persons, destroyed much of the city, and launched reforms in the way the federal government oversees the safety of the nation’s chemical facilities, EPA Administrator Scott Pruitt last week told us that he cares more about the concerns of the chemical industry than he does about the millions of Americans living in the shadow of hazardous chemical facilities.
Read More

Benita Mehta
Are you ready to handle a crisis? Certified safety professional Ryan Burr and lawyer Kristin R.B. White want you to be prepared to answer “yes” to that question.
Read More 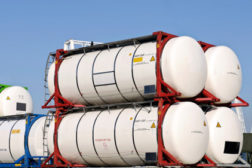 A report from a group charged with identifying ways to improve chemical safety and security in the U.S. says that communities with chemical facilities must be much better prepared for incidents than they are at present.