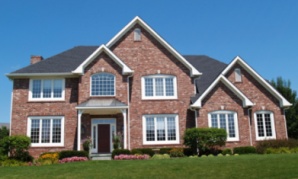 As temperatures drop and consumers begin cranking up their heating systems, the National Fire Protection Association (NFPA) and the U.S. Consumer Product Safety Commission (CPSC) have launched a new online toolkit to help local fire departments educate the public about the associated risks of carbon monoxide (CO) in the months ahead. November through February have the highest rates of CO poisoning in the U.S., with a peak in December.

Carbon monoxide is created when fuel burns incompletely, and is often called the ‘invisible killer’ because it’s a poisonous gas that’s invisible and odorless. When home heating equipment isn’t installed or working properly, the risk of higher levels of CO increases significantly.

In 2010, U.S. fire departments responded to an estimated 80,100 non-fire incidents in which CO was found. The Centers for Disease Control and Prevention reports that from 1999-2010, an average of 430 people were killed by unintentional CO poisoning per year.

“Risks of carbon monoxide poisoning are highly preventable by following simple, yet very important, safety precautions,” said NFPA President Jim Pauley. “With help from local fire departments nationwide, our shared goal with the CPSC is to increase awareness about the danger of carbon monoxide and, most importantly, inform people about how CO alarms significantly reduce that risk.”

NFPA and CPSC’s online toolkit provides resources, safety tips and advice for properly maintaining heating systems to prevent the buildup of CO in the home, while strongly advocating for the installation of CO alarms.

An alarm on every floor

“We all know that smoke alarms save lives, but it’s important to know that carbon monoxide alarms save lives too,” said CPSC Commissioner Robert Adler. “While about 95 percent of U.S. homes have at least one smoke alarm, only 42 percent have a working CO alarm. Installing CO alarms on every floor of your home, keeping portable generators far away from your home, and having a yearly inspection of gas appliances can help your family avoid the invisible killer.”

CPSC is also working to educate middle school students about CO safety. CPSC is sponsoring a CO safety poster contest with cash prizes that is open to all 6, 7 and 8th graders at http://www.cpsc.gov/COcontest. The contest is accepting students’ posters through the end of February 2015.