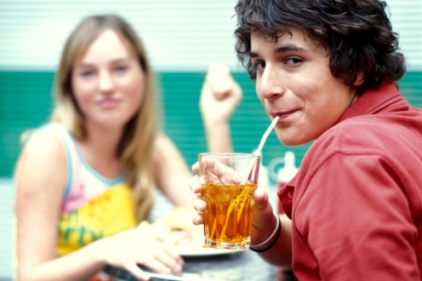 Berkeley, California yesterday became the first city in the nation to pass a tax on sugary drinks – part of an effort to combat obesity in the U.S., particularly among children.

“We commend Berkeley for rejecting the big spending and false arguments of outsiders and standing up for what they knew was right for their community,” said Brown. “Sugary drinks are an unnecessary part of the American diet that decades ago were just a treat and are now guzzled at alarming rates. From sports drinks to sodas to fruit-flavored drinks, today’s children are drinking their age in these sugary drinks each week. Evidence shows adults should not consume more than about 36 ounces, or 450 calories, each week. Yet the average 8-year-old boy consumes 8 servings, or 64 ounces, each week. Reducing consumption will improve rates of obesity, diabetes and heart disease.”

$10 million in advertising by the beverage industry

The soda-tax-proposal was the second most expensive campaign involving a ballot initiative in San Francisco history, with the beverage industry spending an estimated 10 million dollars on advertising, versus $230,000 by supporters of the tax.

Of the tax’s defeat in San Francisco, Brown said: “Policymakers across the country should take note that the majority of voters in both of these cities supported a significant increase in the price of sugary drinks in order to address the dual epidemics of obesity and diabetes we face as a nation.”

"Tonight, San Franciscans have made it clear that they can decide for themselves what to eat and drink," said Roger Salazar, a spokesman for the opposition campaign.

At least six efforts by the California legislature to impose a statewide tax on sugary drinks have all failed.

The American Beverage Association (ABA) said the soda tax will increase the cost of groceries for low-income families. Studies show that people with less education drink twice as many soft drinks as consumers with a college education.

According to a statement by the ABA, the beverage industry will work with “serious policy leaders” to focus on meaningful solutions that address the complex issue of obesity.

“America’s leading beverage companies have set a goal to reduce beverage calories consumed per person by 20 percent by 2025.  This is the single-largest voluntary effort by an industry to help fight obesity and will transform the beverage landscape in America.

“We are committed to providing consumers with more choices, smaller portions and fewer calories.”