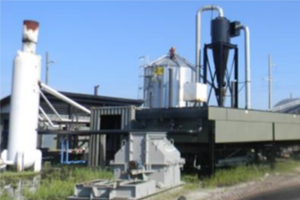 A second explosion in four months at the Indianhead Biomass Services plant in St. Augustine, Florida has left two laborers severely burned. An OSHA inspection found that two men in their 50s attempted to shut down a sawdust dryer to unclog an outlet vent. This created an explosive environment when smoldering embers ignited the sawdust inside the dryer. Employed at the plant for a year, the men usually did concrete work, but were recently assigned to operate the wood pellet mill dryer. Indianhead Biomass Services is a solid waste disposal facility and processing plant.

OSHA issued eight safety citations to the company following the second explosion on July 29, 2014. Proposed penalties total $91,000. The first explosion in March 2014 permanently disabled one worker and another suffered a leg injury while making modifications to a wood gas heat exchanger. As a result of its inspection after the first explosion, OSHA issued the company two willful and seven serious violations in August 2014.

"At the time of this investigation, the employer had another open OSHA inspection from a previous industrial explosion that left two other employees injured. The employer was aware of the requirements for a proper system design and for protecting workers from amputations, but neglected to enact necessary safety measures," said Brian Sturtecky, OSHA's area director in Jacksonville. "The result was a workplace that endangered all the employees and caused another tragic incident."

OSHA issued the employer a willful citation for failure to design and implement fire and explosion protective measures for the wood pellet processing system.

Indianhead received five serious citations for not developing or implementing a hazard communication plan; failing to ensure that each worker used a lock to protect against machine startup when performing maintenance activities; not providing training to workers on how to remove stored power from equipment and perform services and maintenance safely; and failing to evaluate the workspace to determine if the work area required confined space permits. Other violations included not verifying that a hazard assessment had been performed and not having a respiratory protection program