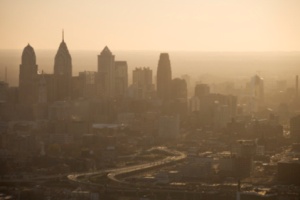 The U.S. Environmental Protection Agency (EPA) is inviting small businesses, governments and not-for-profit organizations to participate as Small Entity Representatives (SERs) on a Small Business Advocacy Review (SBAR) Panel for the federal plan that EPA is developing as part of the Clean Power Plan. This panel is part of a standard federal government process and will focus on the agency’s development of a proposed Federal Plan for Greenhouse Gas Emissions from Electric Generating Units that will cut carbon pollution from existing power plants, the largest source of this pollution in the country.

The EPA says engaging with the public and stakeholders is an agency priority. Based on input from states and stakeholders, EPA believes that many states will find the information included in this plan helpful as they begin to develop their own plans to cut carbon pollution from power plants.

This panel will provide important feedback to the agency as it works to develop a proposed federal plan.

It is being established pursuant to the Regulatory Flexibility Act, and will include federal representatives from the Small Business Administration (SBA), the Office of Management and Budget (OMB), and EPA. The panel members ask a selected group of SERs to provide advice and recommendations on behalf of their company, community, or organization to inform the panel members about the potential impacts of the proposed rule on small entities.

EPA seeks self-nominations directly from the small entities that may be subject to the rule requirements.Other representatives, such as trade associations that exclusively or at least primarily represent potentially regulated small entities, may also serve as SERs.

Self-nominations may be submitted through the link below and must be received by February 10, 2015.

Nominate yourself as a SER by visiting http://www.epa.gov/rfa/cpp-federal-plan.html