This website stores data such as cookies to enable important site functionality including analytics, targeting, and personalization. View our privacy policy.
Home » CSB chief on DuPont LaPorte investigation: “Industry must do much better”
Facility SafetyToday's News

CSB chief on DuPont LaPorte investigation: “Industry must do much better” 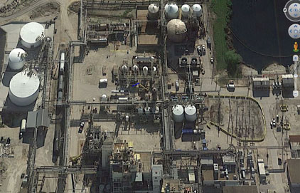 Statement on the US Chemical Safety Board's DuPont LaPorte Investigation by Chairperson Rafael Moure-Eraso and Board Member Manuel "Manny" Ehrlich.

Good morning, and welcome to this U.S. Chemical Safety Board – or CSB – media briefing.

I am Rafael Moure-Eraso, Chairperson of the CSB.

The purpose of today’s briefing is to provide an update on our ongoing investigation into the fatal methyl mercaptan release that took place at the DuPont facility in La Porte on November 15, 2014. Four workers’ lives were lost, and I join their families and their coworkers in their grief.

First, I would thank DuPont for their cooperation with our investigative team, as well as the International Chemical Workers Union local 900C. We appreciate their assistance during what is a difficult time for everyone involved.

Learning from the tragedy

Yesterday, Board Member Ehrlich and I visited the accident site along with the CSB Investigation Team, the site manager and workforce representatives. I was encouraged by DuPont’s commitment, which was restated to me, to thoroughly investigate this tragedy, to learn from it, and to make all needed changes.

This is my fifth and final year serving as Chairperson of the U.S. Chemical Safety Board. During that time the CSB has investigated three major, fatal accidents at DuPont facilities around the U.S. The frequency of these incidents is a concern for the Board as well as for DuPont, its workers, family members, and the communities nearby.

The first DuPont accident investigated by the CSB, in January 2010, at DuPont’s manufacturing plant in Belle, West Virginia resulted in the death of one worker when a braided steel hose ruptured, releasing highly toxic phosgene gas. The CSB investigation found that DuPont had not used the safest materials of construction for the hose – had not replaced the hose on the required maintenance schedule – had not installed a properly ventilated and alarmed enclosure around the phosgene to prevent worker exposure – and finally, had not required workers to use respirators around the phosgene storage area.

The second DuPont accident investigated by the CSB occurred later in 2010 when hot sparks produced by welding ignited flammable vapors inside a tank that had not been effectively isolated from a hazardous process at the DuPont facility in Buffalo, New York, killing one worker. DuPont had not used an adequate gas detection system to monitor the area for the hazardous vinyl fluoride gas, which exploded.

And finally, the accident we are discussing today – at the DuPont, La Porte facility here in Texas - was the most severe. Four workers were killed during the release of what DuPont says were more than 23,000 pounds of methyl mercaptan, a highly toxic, flammable, and volatile liquid.

Now let me say that DuPont has long been regarded as one of industry’s safety leaders. In fact, DuPont has been viewed an industry leader in processing hazardous materials for most of the last two centuries. After the Bhopal tragedy in 1984, the DuPont La Porte facility changed it’s production of methyl isocyanate – or MIC – the same chemical involved in the Bhopal accident, to an inherently safer method so that the highly hazardous chemical was no longer stored in large quantities but was used as it was produced. Such action has contributed to DuPont’s reputation as a leading light in safety, its slogan is: “Zero” safety incidents. The company markets its safety programs to the chemical industry.

But we have found that not only DuPont, but the industry as a whole must do much better. Complex process-related accidents with tragic results are taking place across the country at companies of all sizes. This problem includes major corporations such as DuPont, not just smaller companies that some refer to as outliers. It is clear that the current process safety regulatory system is in need of reform.

We have found common factors contributing to major accidents like the one at DuPont La Porte. These include a chemical industry that lacks safe process designs and risk reduction targets, degraded process safety systems, weak or obsolete regulatory standards, inadequate regulatory resources and staffing, and overly permissive industry standards.

And the latest accident at DuPont is one of many incidents investigated by the CSB where we believe it will become clear that the process design was not as safe as possible.

Lead Investigator Dan Tillema will discuss these in more detail, but let me draw your attention to four design issues that our investigators have already identified in this accident.

First: The process included several interconnections between the methyl mercaptan supply line and a chemical vent system, which allowed a toxic leak into an unexpected location, where workers were exposed with fatal consequences.

Second: The chemical vent system - which was intended to safely remove harmful vapor from process vessels – had a design shortcoming that allowed liquid to accumulate inside. This liquid regularly caused pressure buildups in the vent, and the liquid needed to be manually drained by operators to prevent safety issues from interconnected equipment, such as reactors.

Third: The vent drain that operators had to use was open to the atmosphere, meaning that workers were exposed to whatever chemicals were drained from the vent system.

Fourth: The building was designed in such a way that even had ventilation fans been working on the day of the accident, it could not necessarily protect workers from chemical exposure. And we found that those vents were not, in fact, working at the time of the accident.

This accident, like many investigated by the CSB, demonstrates that regulators and companies should place greater emphasis on making designs as safe and possible and updating them on a constant basis.

I would now like to introduce Board Member Manuel Ehrlich who will update you on the investigative team’s activities so far:

The CSB made a decision to deploy just hours after learning of the DuPont incident on November 15, 2015. The team of eight investigators arrived on November 16, 2014 and met with company officials.

Since then the CSB has conducted approximately 50 interviews and has spent hundreds of hours reviewing documents and evaluating the incident scene.

Investigators have been inside the manufacturing building on numerous occasions evaluating the process equipment, building layout, and safety systems. These systems include building ventilation, toxic gas detection, availability of emergency breathing air, and exit routes for workers, to name a few.

At this point, the field phase of the investigation is approximately 50% complete. In the coming weeks and months, testing of field equipment such as check valves, block valves, and interlock systems will take place as well as verification of critical instrumentation.

The team is here to investigate the incident and the board is here to support our team. The CSB is in a position to gather and disseminate data which will allow for  site management to reaffirm their commitment to process safety, emergency planning and response, and a strong safety culture.

This accident affected the LaPort community. The citizens of this and surrounding communities have a right to know what hazardous materials are processed and stored near them. That is supposed to be the case throughout the country.

Understanding what happened here will reaffirm the right and need to know how safely they are protected in the community and how such an incident can be prevented in the future.

I believe that there will be many important and valuable lessons learned that will benefit local citizens, regulators, and the chemical community.

Audio of the briefing in its entirety can be downloaded at: https://app.box.com/s/rpjnerih5legk1z3erpvon6dcgd2q58e