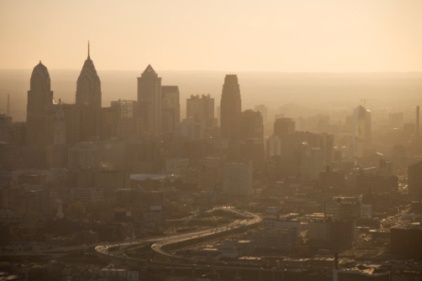 The Sierra Club accused Obama of putting the interest of “coal and oil polluters” first.

“A healthy economy requires clean air and healthy people, and these protections from smog would have improved our communities and saved billions of dollars in health costs,” said Executive Director Michael Brune.

John Walke of the Natural Resources Defense Council called Obama’s action the “Friday Smog Massacre.” In a blog post, Walke said the move means that the EPA and the Department of Justice will now have to contend with lawsuits by the American Lung Association, NRDC and a dozen states in which the agencies will have to defend Bush-era standards already deemed “not legally defensible given the scientific evidence,” by EPA Administrator Lisa P. Jackson.

“The president sided with Big Oil and other polluters based on their claims about regulatory burden, notwithstanding that compliance with stronger smog standards would not have been required until 2016 anyway, and stronger safeguards will save the country money too,” wrote Walke.

The administration is tasked by law with updating the current standards, which were set during the Bush administration. Presidential spokesman Jay Carney rejected the suggestion that Obama’s pull back on regulations shows that his commitment to clean air might be waivering. He said the withdrawal would allow the administration to wait for “new science and new standards” and that the president did not feel that this was the time to add “regulatory uncertainty” to the economy.

The environmental group Greenpeace said groups like the American Petroleum Institute and U.S. Chamber of Commerce “turned on their lobbying machines to protect their bottom line.”

Chamber President and CEO Thomas J. Donohue cheered the president’s decision, citing studies that predicted revising the standards would result in a 7.3 million job reduction by 2020.

The Chamber also pointed out that by merging this rulemaking with the statutorily-required one due in 2013, EPA can base its decision on the most recent science, not 2006 science. “This is what the Clean Air Act requires, and is consistent with the President’s recent Executive Order on Improving Regulation (EO 13563),” according to a statement.

National Association of Manufacturers President and CEO Jay Timmons called the withdrawal “the right move” and urged the administration to apply the same approach to what it termed “other burdensome regulations” that it did when deciding to forgo the ozone standard.

Democratic Congressman Ed Markey, who sits on the House Energy and Committee, said he's unhappy with the delay: “I am disappointed that the President chose to further delay important clean air protections that would have helped to prevent respiratory and cardiac disease in thousands of Americans."

The EPA’s Jackson vowed to revisit the ozone standard, in compliance with the Clean Air Act. She noted that the Obama has put in place significant reductions of sulfur dioxide and nitrogen oxide air pollution across state borders; a long-overdue proposal to cut mercury pollution from power plants; and the first-ever carbon pollution standards for cars and trucks.