Volunteer your way to better health

No benefits, though, if your reasons are selfish ones 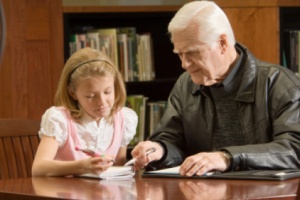 People who volunteer may live longer than those who don’t, as long as their reasons for volunteering are to help others rather than themselves, suggests new research published by the American Psychological Association.

This was the first time research has shown volunteers’ motives can have a significant impact on life span. Volunteers lived longer than people who didn’t volunteer if they reported altruistic values or a desire for social connections as the main reasons for wanting to volunteer, according to the study, published online in the APA journal Health Psychology®. People who said they volunteered for their own personal satisfaction had the same mortality rate four years later as people who did not volunteer at all, according to the study.

“This could mean that people who volunteer with other people as their main motivation may be buffered from potential stressors associated with volunteering, such as time constraints and lack of pay,” said the study’s lead author, Sara Konrath, PhD, of the University of Michigan.

Researchers examined data from the Wisconsin Longitudinal Study, which has followed a random sample of 10,317 Wisconsin high school students from their graduation in 1957 until the present. The sample is 51.6 percent female, with an average  age of 69.16 years in 2008.

In 2004, respondents reported whether they had volunteered within the past 10 years and how regularly. They reported their reasons for volunteering (or the reasons they would volunteer, for those who had not done so) by answering 10 questions. Some motives were more oriented toward others (e.g., “I feel it is important to help others,” or “Volunteering is an important activity to the people I know best”) and some that were more self-oriented (e.g., “Volunteering is a good escape from my own troubles,” or “Volunteering makes me feel better about myself”).

Overall, 4.3 percent of 2,384 non-volunteers were deceased four years later, which was similar to the proportion of deceased volunteers who reported more self-oriented motives for volunteering (4 percent). However, only 1.6 percent of those volunteers whose motivations were more focused on others were dead four years later. This effect remained significant even when controlling for all the variables. Additionally, respondents who listed social connection or altruistic values as their predominant motive were more likely to be alive compared with non-volunteers.