Study: Many companies unclear on how to limit nano exposure 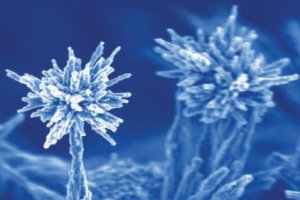 Workplace safety programs haven’t yet caught up to the nanotechnology age, if results of a recent University of California-Santa Barbara study are any indication.

Researchers at the UC Center for the Environmental Impacts of Nanotechnology surveyed 78 international companies to determine how much they understood about the potential nanotechnology exposure risk to their workers, and what they were doing to mitigate it.

The results? While 87 percent of the responding companies had a basic environmental health and safety program, only half had a program specifically geared toward nanotechnology exposure. Some 13 percent had no program of any kind.

A majority of companies – 60 percent – said they monitored work areas for particles, but many said they swept and vaccumed those areas, apparently not realizing that those activities would result in nanoparticles being more widely dispersed, rather than cleaned up.

US-SB Ph.D candidate Cassandra Engeman, who presented the group’s findings at last month’s Fifth International Symposium on Nanotechnology, Occupational and Environmental Health, said the survey shows that workers’ perspectives are “missing from the discussion” of workplace safety and nanotechnology.