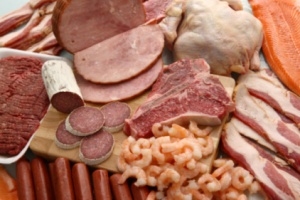 Every year millions of Americans are sickened, and thousands die, from foodborne diseases. The statistics reflect the inability of regulators — from the U.S. Agriculture Department and the Food and Drug Administration, as well as at state and local agencies — to keep up with a monumental task of ensuring the safety of the nation’s food supply.

As an overview story by journalism students from the News21 program reports, government officials are hampered by underfunding and ineffective regulations. Even though the landmark Food Safety Modernization Act was signed into law in January, there are serious questions about whether it will have any impact, at least in the near future, because of likely government budget cuts.

The overview story, part of a series by News21 on food safety, pointed out that:

FairWarning Assistant Editor Stuart Silverstein is a veteran reporter and editor who worked on the business, metro and national news staffs of the Los Angeles Times. He covered, among other beats, organized labor, economics and higher education. During his 32-year newspaper career, Stu also worked for dailies in Dallas, Atlanta and Buffalo. Stu has taught business journalism at USC. When he isn’t chasing stories, Stu enjoys seeing foreign films, studying foreign languages, working out and swimming. And he is interested in anything having to do with his hometown, Buffalo, N.Y.