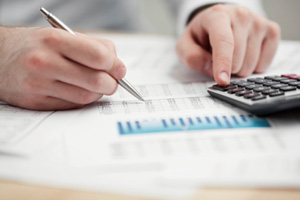 An Ohio company found a way to lower its above-average injury and illness rate: delete all recordable injuries from its log.

After receiving complaints about injured workers, OSHA investigators used a medical access order to determine that Odom Industries in Milford, Ohio doctored it's 2008, 2009 and 2010 OSHA 300 logs by removing all recordable injuries and failing to record other work-related injuries. OSHA found 14 work-related injuries in 2008, six in 2009 and seven in 2010 that should have been documented on the logs.
Bill Wilkerson, director of OSHA's Cincinnati Area Office, said the the injury and illness rate computed by OSHA showed that Odom had a rate above the national average for that three-year period.
The three willful violations related to logs were among a total of 38 lodged against the company, adding up to proposed fines of $90,760.
Sixteen serious safety violations were cited for failing to inspect and train employees in the use of personal protective gear, failing to conduct electrical safety training, the lack of fall protection, the lack of a lockout/tagout program for the energy sources of machines, the lack of machine guarding and the misuse of metal ladders. Three serious health violations also were cited for failing to conduct annual audiograms for employees exposed to noise hazards, failing to provide welding shields and screens, and failing to conduct hexavalent chromium training.
Sixteen other-than-serious safety and health violations were for failing to document inspections of crane hooks and chains, failing to establish a respiratory program including fit-testing, failing to provide medical evaluations and training, failing to conduct a hazard assessment for personal protective equipment needs and failing to inform employees about voluntary respirator use.
KEYWORDS: illness injuries violations