DUIs down in many states 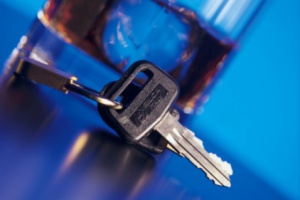 f you haven't already, you'll soon see ads representing the U.S. Department's holiday-timed crackdown on drunk driving. The $7 million "Drive Sober or Get Pulled Over" campaign will involve thousands of law enforcement agencies across the country and will run from December 16 through January 2 -- although the television ads got a preview this past summer.

The public service announcements show "invisible" law enforcement officers observing alcohol-impaired people, and then apprehending them when they attempt to drive their vehicles. The message they convey? That authorities are vigilant in deterring drunk drivers.

New data show drunk-driving deaths declined in 2010 in many parts of the country. However, the data also show that fatalities from alcohol-impaired driving crashes continue to account for one in three deaths on American roadways each year.

Statistics for 2010 released by the DOT's National Highway Traffic Safety Administration (NHTSA) show a decline in drunk driving fatalities in 32 states, the District of Columbia, and Puerto Rico. Compared with 2009, California and Florida saw the largest reductions — with each declining by more than 100 fatalities last year.

All 50 states and the District of Columbia have outlawed driving with a blood alcohol concentration (BAC) of .08 or higher. Yet NHTSA data show that last year, 10,228 people were killed in alcohol-impaired driving crashes, including 415 during the second half of December alone.