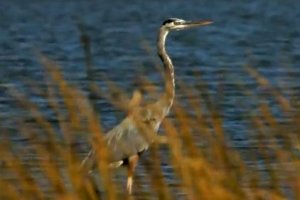 BP recently debuted a new nationwide television advertising campaign intended to report on progress being made to clean up and restore the Gulf Coast region in the wake of the Deepwater Horizon accident.

According to a statement released by the company, the commercials, which began airing on December 26, 2011, comes as the cleanup phase of the Gulf of Mexico oil spill response is nearing completion and the first set of early restoration projects is preparing to move forward.

BP's vice president for communications Geoff Morell said the campaign will help keep the American people informed about the "significant strides" made by the company over the past year.

"Like the original “Voices of BP” campaign, our newest ads once again feature our employees. In the first ad, New Orleans native Iris Cross – a 29-year veteran of the company who manages external affairs in Louisiana - reports on our progress in the 20 months since the spill. She reminds viewers of the $20 billion fund BP established for economic and environmental recovery and the $500 million dedicated to scientific research of the Gulf ecosystem. She also reports that all Gulf beaches and waters are open and the economy continues to show improvement, with many areas along the Gulf Coast marking 2011 as one of the best tourism seasons in years."

“We are proud of the progress that has been made this year along the Gulf Coast but we know our work is not yet done. We are committed to seeing it through and providing updates to the public along the way,” Morrell said

The new advertisement can be viewed at: tiny.cc/BP_Iris