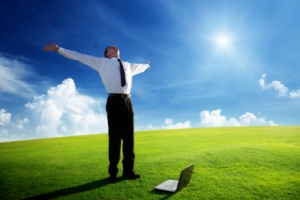 U.S. employees’ confidence in their ability to retire comfortably is rebounding from a post-recession lows last year, according to a new survey by global professional services company Towers Watson. However, despite growing satisfaction with their financial situation and fewer employees reporting significant declines in retirement savings, many employees remain concerned and are taking steps to get their financial houses in order.

The survey also found that fewer employees are experiencing significant declines in their pension and retirement savings – 47% in 2011 versus 55% in 2010 and 60% in 2009. Additionally, employee satisfaction with their household finances continued to improve, jumping from 33% in 2010 to 41% in 2011. Despite this upturn, three in five workers (59%) remain generally unsatisfied with their financial situation.

“As the economy shows periods of stable ground, employees are slowly beginning to be more optimistic about retirement,” said Kevin Wagner, a senior retirement consultant at Towers Watson. “However, the financial crisis was jolting to American workers. As a result, many employees are more financially conservative today and have a renewed interest in improving their financial decisions and planning and saving for retirement.”

Indeed, the survey noted after two years of cutting back on daily spending, paying off debt and saving more for retirement, some respondents plan to take additional measures this year to get their financial houses in order. These steps include further cost cutting and a sharpened focus on retirement security.