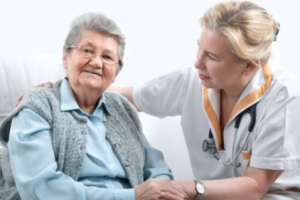 The U.S. Department of Labor's Wage and Hour Division has announced a 14-day extension of the comment period for its proposed rule to provide minimum wage and overtime protections for nearly 2 million workers who provide in-home care services. Currently, workers classified as "companions" are exempt from the Fair Labor Standards Act's minimum wage and overtime pay requirements. When established in 1974, such exemptions were meant to apply to casual babysitters and companions for the elderly and infirm — not workers who chose in-home care service as a vocation and were responsible for supporting their families. The proposal would, if enacted, grant the exemption to households where the services are provided but not third-party staffing agencies. It would further clarify that companionship services are those directly related to the fellowship and protection of a care recipient.

The division published a notice of proposed rulemaking in the Federal Register on Dec. 27, 2011, with a comment period originally set to end on Feb. 27, 2012. On Dec. 15, the proposed rule was announced by President Obama and posted on the division's website, giving the public more time than the standard 60-day period to comment on the proposal. After reviewing requests for an extension from members of Congress and the public, the division decided to extend the comment period by 14 days to Monday, March 12. This action will provide additional time for individuals to analyze the issues raised in the proposal and to provide comments. Individuals and organizations that have already submitted comments may use the extension period to revise or add to their original comments.

The Labor Department first announced its intention to revise the rules concerning in-home care workers in its regulatory agenda published on April 28, 2010. This rulemaking effort has appeared in each subsequent regulatory agenda. The division also has discussed the companion regulatory action in public Web chats held after each regulatory agenda was published.

The proposed rule would expand minimum wage and overtime protections by ensuring that all home care workers employed by third parties such as staffing agencies receive these protections. It also would clarify that individuals performing skilled in-home care work are entitled to minimum wage and overtime pay. However, families that engage individuals for true companionship or fellowship activities, such as visiting with friends or pursuing hobbies, still would be considered "companions" and not be required to meet the act's labor standards provisions. To learn more about the proposed rule, visit http://www.dol.gov/whd/flsa/companionNPRM.htm.

The Wage and Hour Division is responsible for enforcing the FLSA, which was passed in 1938 to provide minimum wage and overtime protections for workers, prevent unfair competition among businesses based on subminimum wages, and spread employment by requiring employers whose employees work excessive hours to pay those employees at one and-one-half times their regular rates of pay for all hours worked over 40 in a week.

Comments can be submitted before March 12 at http://s.dol.gov/NA.