GHS: The story begins 20 years ago in Rio 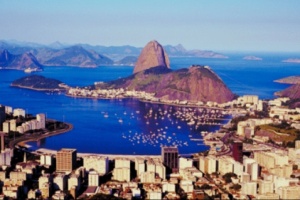 Before the GHS was created and implemented by the United Nations, there were many different regulations on hazard classification in use in different countries. Whilst those systems may have been similar in content and approach, they resulted in multiple standards and classifications and labels for the same hazard in different countries. Given the extent of international trade in chemicals, and the potential impact on neighboring countries when controls are not implemented, it was determined that a worldwide approach was necessary.

The GHS was designed to replace all the diverse classification systems and present one universal standard which all countries should follow (however, the GHS is not compulsory under UN law). The system provides the infrastructure for participating countries to implement a hazard classification and communication system, which many less economically developed countries would not have had the money to create themselves. In the longer term, the GHS is expected to improve knowledge of the chronic health hazards of chemicals and encourage a move towards the elimination of hazardous chemicals, especially carcinogens, mutagens and reproductive toxins, or their replacement with less hazardous ones.

The final "Globally Harmonized System (GHS) for classification and labeling" standard was created at the 1992 Rio Conference on Environment and Development with the statement that “A globally harmonized hazard classification and compatible labeling system, including material safety data sheets and easily understandable symbols, should be available if feasible, by the year 2000.”