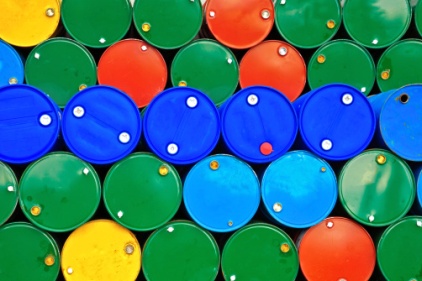 The U.S. Chemical Safety and Hazard Investigation Board (CSB) is commending Massachusetts toughening up regulation of hazardous materials storage and processing in the state, including monitoring of high risk facilities to ensure they are complying with key federal process safety and risk management programs.

The action – taken by the Massachusetts Department of Fire Services – satisfied a key recommendation made by the CSB in its 2008 final report on the 2006 explosion at an ink and paint products manufacturing facility in Danvers, a suburb of Boston. The CSB concluded that an unattended mixing tank overheated in an unventilated building at CAI, Inc, causing the release of flammable vapors which subsequently ignited.  The facility stored alcohols, heptanes, other solvents, pigments, resin and nitrocellulose ; all of it which were destroyed in the explosion. Twenty-four houses and six businesses were destroyed. Many other homes were extensively damaged in the blast. Ten people were injured, but no one was killed, possibly because the accident occurred in the middle of the night while people were asleep in bed.

The CSB investigation found that CAI had increased its quantities of flammable liquids over the years. The additional quantities went undetected by local authorities who had not inspected the facility for over four years prior to the time of the incident.

Noting the Board voted unanimously to declare the status of the recommendation as “Closed – Exceeds Recommended Action,” CSB Chairman Rafael Moure-Eraso said, “Massachusetts authorities have not only adopted the CSB recommendation, but went beyond their intent with the regulations issued by the Board of Fire Prevention Regulations in 2012. The Massachusetts approach, if adopted by other states, has the potential of leveraging the resources of fire authorities to complement the regulatory and enforcement work of OSHA and the EPA with regard to high hazard facilities.”

Dr. Moure-Eraso noted that the Massachusetts regulations classify hazardous materials into five categories based on threshold quantities. Categories 1-4, for example, must be in compliance with OSHA’s Hazard Communication standard. Category 5, under which CAI would have fallen, requires companies to certify compliance with the OSHA Process Safety Management standard and with the EPA Risk Management Program regulation. “Had this state regulation been in place, and been enforced, in 2006, the company and regulators would have been more likely to have recognized the hazard presented by the operation and to have prevented the accident.”

A key related Board recommendation to the state remains open. It urges the Department of Fire Services to audit local governments and local fire authorities in Massachusetts for their enforcement of compliance with permit limits and inspection requirements for storage and handling of flammable materials.

The Department of Fire Services informed the CSB that it lacks the resources to audit all local government for compliance, and would instead provide training for local fire authorities to adequately review permits and inspect facilities for compliance with the new requirements. Training materials are reportedly in development.