Most U.S. office workers have no idea what to do in case of an emergency 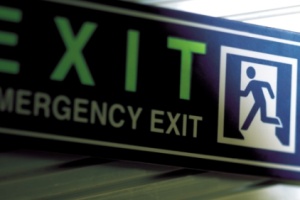 A new office health and safety survey from Staples.com shows some big gaps in office workers’ awareness of companies’ safety plans and preparedness, a situation that could lead to increased accidents and injuries. The survey, conducted in advance of National Safety Month, found that managers were far better informed on workplace safety preparedness than office workers, who were uncertain on what they should do in case of an emergency.

According to the survey, managers were almost 50 percent more likely than non-managers to be able to locate their company’s safety-related supplies such as defibrillators, eye wash, dust masks, and caution and wet floor signs.

An effective safety and health program can save $4 to $6 for every $1 invested, according to OSHA.1