In fighting obesity, governments should not act like our parents 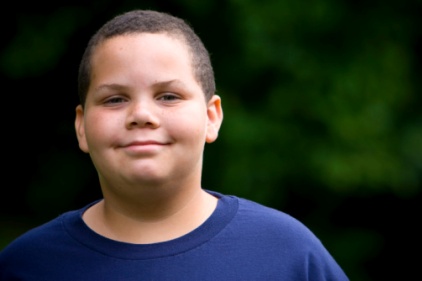 Fanta Grape was nearly my downfall as a child. On a hot African day, there was nothing to beat the colour, the taste and the icy bite at the back of the throat. For all I know, the closest this Fanta got to a grape was the deep purple colour – but it was pure joy in a bottle, and even better with a blob of vanilla ice cream floating on top.

I did not have a Grape float very often. In fact, I seldom drank Fanta Grape because my mother banned me from fizz, except on very special holy days. Faced with such restrictions I would do virtually anything for an ice-cold Fanta Grape, but if I drank a dozen a year away from my mother’s gaze, it was a lot. And, on a point of disclosure: Context does work with PepsiCo (not the maker of Fanta) on sustainability.

As America grapples with finding a solution to rampant obesity, the soda makers find themselves in the cross-hairs of politicians who want to tax them on the sugar content of their drinks.

Such taxes are ostensibly designed to transfer my love of the sweet Grape to something far less sugary. My question is this: if my gentle mother could moderate my consumption of all things fizzy, why do we need government to poke the soda makers with sharp tax sticks?

I feel a Tea Party moment coming on. America is becoming horribly like Europe, with its blame culture and reliance on government rather than personal responsibility to cure social ills. The blame game is currently playing out in New York City with the renewed threat of a sugar tax.

The politicians argue that a price signal will curb our thirst for sugary drinks. The idea is that by increasing the price of a regular fizzy drink (made with corn syrup) you can encourage consumers to buy juice (full of “natural” sugar), or diet drinks, or bottled water, with the promise of saving a few cents. Then we will all be thin.

The stupidity of this thinking is based on the assumption that a tiny price difference is going to lure me away from my beloved Grape to some other, supposedly healthier concoction. Obviously not, and the lie poorly masks the political intent, which is to get more tax dollars under the pretence of slimming a tubby nation.

The irony is that the market is ahead of the politicians. Researchers say consumers are shifting to healthier options entirely of their own accord. And that’s why drinks makers are offering such a wide range of hydration options in a bottle.

This market shift has not prevented the drinks companies, under the aegis of the American Beverage Association, from mounting what must stand as one of the most inane advertising campaigns ever.

Their message is threefold: they are delivering more choices, smaller portions and fewer calories per serving. Ads are in newspapers and inside subway cars. There’s a website where you can read a lot more silly justifications.

Here’s a pearl: “Offering such a wide range of low- and no-calorie options means on average there are now 23% fewer calories per serving. America’s beverage companies are dedicated to helping you choose what’s right for you.”

Of course government has a role in improving the nation’s health and there are clearly major issues to resolve, not least the amount of sugar in our diets.

But like smoking, there is no shortage of information about the perils of bad, over-refined foods. The mummy blogs are alive with the damnation of sugar, as is the liberal press and the slew of documentaries on food and fat.

It is easy to avoid sugar. Parents have simply to say no, as parents before them have said. And food makers have a responsibility to help parents say no by offering healthy alternatives.

The current obsession with getting government to act in loco parentis is sadly misguided. The Europeans with their big, bossy governments are getting fat too.

What parents should say to grads about celebrating safely

Why work should be more like playing video games