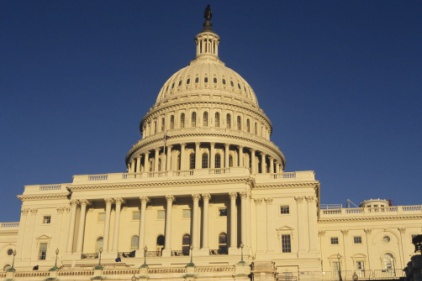 The House yesterday approved a bill that would prevent federal agencies from implementing any new business regulations until the unemployment rate returns to 6 percent – a level if hasn’t been at in the last 15 quarters.

The Red Tape Reduction and Small Business Job Creation Act (H.R. 4078) would allow for certain emergency regulations, but even those could be challenged in court.

Although the phrase “job killing regulations” has been used repeatedly to support H.R. 4078 and other measures, critics say the BLS statistics demonstrate that the deregulation bill would have little impact on unemployment.

Bruce Bartlett, an economist who worked under Presidents Ronald Reagan and George H.W. Bush went so far as to call the connection between regulations and unemployment “nonsense.” Bartlett dismissed the idea that cutting regulations will lead to significant job growth. "It's just nonsense. It's just made up," he said.

Advocacy group Public Citizen said the bill would bring to a complete halt the federal regulatory process of issuing safeguards that protect the health and safety of all Americans.

“H.R. 4078 would block rules designed to ensure power plants comply with the Clean Air Act, protect workers from beryllium exposure, make the food supply safer, ensure Iraq and Afghanistan war veterans receive compensation owed to them for extended deployments, track medical devices so patients can be made aware of recalls, establish the rules for bird-hunting season, protect people from another Wall Street meltdown and more,” according to a statement by the group.

The measure has little hope of passing in the Senate.