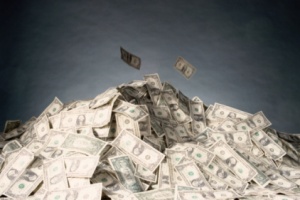 The chemical industry has spent millions on U.S. political campaigns in an effort to prevent Congress from strengthening the Toxic Substances Control Act, according to a report released by Common Cause, a nonpartisan, nonprofit advocacy group.

“Toxic Spending: The Political Expenditures of the Chemical Industry, 2005-2012,” contains a detailed breakdown of chemical industry spending over the past seven years.

From 2005 through September 2012, the industry gave $39 million to candidates for federal office, and from 2005 through June 2012 it spent $333 million on lobbying at the federal level. Since December 2011, the chemical industry has also spent at least $2.8 million on political advertising in at least nineteen different campaigns.

“These three avenues of influence—campaign contributions, lobbying expenditures, and political advertising—have played an important part in the industry’s campaign to convince lawmakers and voters that the environmental and public health benefits of strengthening TSCA and other regulations would be outweighed by economic costs,” according to the report.

The TSCA has not been updated since it was passed in 1976.

The report cites the controversial 2010 Supreme Court ruling in Citizens United -- which threw out a century-old ban on corporations and unions spending money on electioneering – as a ushering in a significant increase in spending. Since that ruling, chemical companies and a handful of chemical executives have contributed more than $23 million to Super PACs and other outside groups spending money on the 2012 elections.

Since the beginning of the 2011-12 election cycle, the chemical industry’s trade organization, the American Chemistry Council (ACC), has reported spending $2.8 million on political advertising.

“This represents both a major investment in a number of closely contested races and in the campaigns of a number of Senators who are not on the ballot this year, but who have been allies of the chemical industry,” notes the report.

“In Des Moines, Iowa, for instance, voters have been inundated with over $111,000 in ACC commercials supporting the reelection of Rep. Tom Latham (R). In Louisiana, the industry has spent $305,000 in support of Sen. David Vitter (R) and $128,00 in support of Rep. Cedric Richmond (D). And in Grand Rapids, Michigan, the American Chemistry Council has spent more than $200,000 to convince voters to reelect Chairman Fred Upton (R) to the House Energy and Commerce Committee, which has jurisdiction over much of the chemical industry’s legislative agenda."

The report identifies the TSCA and hydraulic fracturing or “fracking” regulations as issues which could be affected by industry/polical spending.