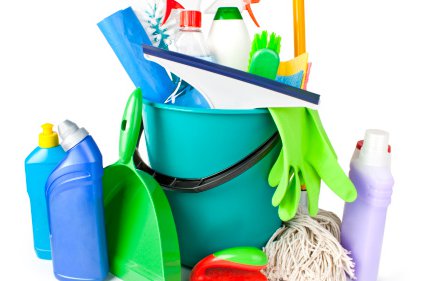 A new study indicates there is a strong link between professional cleaning and the risk of developing asthma.

Researchers at the Imperial College London have tracked the occurrence of asthma in a group of nearly 9,500 people born in Britain in 1958.

Not including those that had asthma as children, 9 percent developed asthma by the age of 42. While one in nine of these cases were attributed to smoking, an even higher number of cases-one in six-were workplace related.

According to the researchers, there are many occupations that are thought to cause asthma.

In this study, 18 occupations were clearly linked with asthma risk, four of which were cleaning jobs and a further three of which were likely to involve exposure to cleaning products.

The study was published earlier this year in the journal Thorax, considered one of the world's leading medical journals that focuses on respiratory health.

"Occupational asthma is widely under-recognized by employers, employees, and healthcare professionals," says Dr. Rebecca Ghosh of the MRC-HPA Centre for Environment and Health at Imperial College and the study's lead author. "Raising awareness that this is an almost entirely preventable disease would be a major step in reducing its incidence."

Stephen Ashkin, president of The Ashkin Group, said although the study’s authors did not indicate whether subjects were using green or traditional cleaning products, “we have known for more than two decades that exposure to cleaning chemicals on a regular basis can be a health hazard. This study now confirms this."

Ashkin is also CEO of Sustainability Tool LLC, an electronic dashboard that allows organizations to measure and report on their sustainability efforts.

The study concluded that healthcare professionals treating adults with asthma and similar respiratory problems consider the patients' occupations and tailor their recommendations and treatments with this information in mind.