Farmers, foresters get most exercise 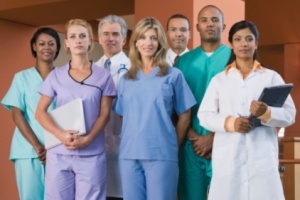 In the United States, physicians lead all major occupational groups in overall wellbeing, followed by school teachers and business owners. Transportation workers have the lowest wellbeing scores, behind manufacturing and production workers.

These findings are based on more than 170,000 interviews conducted from January through December 2012 with employed Americans at least 18 years of age as part of the Gallup-Healthways Well-Being Index.

The Well-Being Index is comprised of six sub-indexes that include 55 individual items that collectively measure Americans' physical, emotional, and fiscal wellbeing. Several of these measures provide a great deal of insight into the areas of wellbeing that are the most problematic or the most positive for people with lower or higher wellbeing job types.

One key factor that contributes to physicians' higher average wellbeing score is related to how they view their workplace. Physicians are the most likely to say they use their strengths to do what they do best every day, followed by nurses and teachers.

Professionals (excluding those three groups) are the most likely to say their supervisor is more like a partner than a boss at their workplace, just ahead of managers or executives.

Farmers and foresters strongest in exercise, nurses in produce consumption

Farmers, fishers, and foresters lead in weekly exercise, with two-thirds reporting they do so for at least 30 minutes three or more days per week, far more than any other occupation, which is likely related to the nature of their work.

Nurses set the standard for produce consumption, with another two-thirds eating five or more servings of fruits and vegetables at least four days each week.

Those in the manufacturing and production professions are the least likely to report produce consumption, perhaps reflecting that there are more challenging dietary choices when laboring in those fields. And clerical and manufacturing workers also are the least likely to report frequent exercise, which is perhaps due to more sedentary work or longer hours.

Transportation workers have the highest level of obesity and the third-highest smoking rate among the occupations measured, results that are congruent with their less frequent exercise habits and lower levels of produce consumption. This combination puts transportation workers at the highest risk for developing chronic conditions such as diabetes and heart disease and makes them more susceptible to cancer than workers in other occupations. Installation and repair workers -- who have the second-highest smoking rates and third-highest obesity rates -- are two other professions with heightened risk factors for chronic illness.

Physicians, on the other hand, appear to be the least at risk in this regard, as they have the lowest smoking and obesity rates, results consistent with previous research.

The multifaceted nature of wellbeing results in different strengths and problem areas for workers in different occupations. In some cases, these positive and negative distinctions in areas such as how a supervisor treats workers or the ability for an employee to do what they do best every day may relate directly to the type of job a person has.

However, for some occupations, the apparent problems or strengths are in areas of wellbeing which are not necessarily directly related to their work function, such as smoking or healthy eating. For leaders in these industries, and employers more generally, these results can provide useful insights for enhancing the overall wellbeing of workers, which can ultimately lead to higher productivity and a more engaged workforce.

About the Gallup-Healthways Well-Being Index

The Gallup-Healthways Well-Being Index tracks wellbeing in the U.S. and provides best-in-class solutions for a healthier world. To learn more, please visit well-beingindex.com.

Results are based on telephone interviews conducted as part of the Gallup-Healthways Well-Being Index survey with a random sample of 172,286 workers, aged 18 or over, from Jan. 2-Dec. 30, 2012.

For results based on the total sample of national adults, one can say with 95% confidence that the maximum margin of sampling error is ±3.5 percentage points for the smallest group (physicians) but less than ±1 for larger groups such as professionals, service workers, or managers/executives.

Samples are weighted by gender, age, race, Hispanic ethnicity, education, region, adults in the household, and phone status (cell phone only/landline only/both, cell phone mostly, and having an unlisted landline number). Demographic weighting targets are based on the March 2011 Current Population Survey figures for the aged 18 and older non-institutionalized population living in U.S. telephone households. All reported margins of sampling error include the computed design effects for weighting and sample design.

In addition to sampling error, question wording and practical difficulties in conducting surveys can introduce error or bias into the findings of public opinion polls.