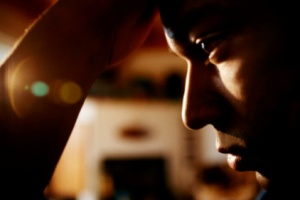 Interventions targeting the combination of "long hours/overworked" (LHO) might help to reduce the risk of depression in the workplace, according to the report by Drs. Takahashi Amagasa and Takeo Nakayama of Kyoto University School of Public Health.

At least 60 hours a week

The researchers analyzed job and workplace factors affecting depression risk in a group of 218 Japanese clerical workers. They found that employees who worked long hours (at least 60 per week) and had high job demands (defined as "usually" having too much work) were at higher risk of depression. Workers who initially had the LHO combination were 15 times more likely to have depression when re-evaluated one to three years later.

On adjustment for other factors, workers who went from LHO to non-LHO status were at lower risk of depression, while those who moved from non-LHO to LHO were at increased risk. The risk of depression in LHO workers seemed to increase over time.

Previous studies have reported mixed results regarding the physical and mental health effects of long work hours. The new study highlights the importance of high job demands and feeling overworked — combined with long work hours — as a risk factor for depression in employees. Drs. Amagasa and Nakayama conclude, "By targeting LHO, especially changes in LHO status, mental health measures that effectively reduce the occurrence of major depressive disorder will become possible by controlling factors in the occupational environment."