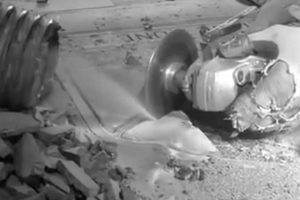 A newly published study of Chinese tin and pottery workers has  found that exposure to airborne silica dust is associated with a significant increase in the risk of developing lung cancer. The findings in the study, which measured cumulative silica exposure in a group of more than 30,000 workers over a 44-year period, confirm that silica is a human carcinogen and are consistent with the preliminary risk assessment in OSHA's new proposed rule to protect workers from occupational exposure to crystalline silica.

Although crystalline silica has been classified as a human carcinogen by the International Agency for Research on Cancer in Lyon, France, few previous studies have provided quantitative data on silica exposure, silicosis, and/or smoking.

“For workers exposed from ages 20 to 65 years at 0.1 mg/m3 of silica exposure, the estimated excess lifetime risk (through age 75 years) was 0.51%. These findings confirm silica as a human carcinogen and suggest that current exposure limits in many countries might be insufficient to protect workers from lung cancer.”