CSB: His lifetime of work has saved workers’ lives 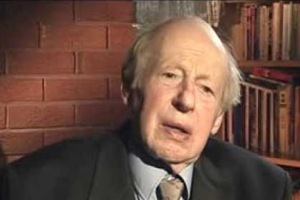 The U.S. Chemical Safety Board (CSB) is vowing to try and emulate the legacy of Dr. Trevor Kletz, a leading authority on chemical process safety who passed away recently.

Ketz began his career as a research chemist in the United Kingdom, and ultimately originated the concept of inherently safer technology and processes. One of his seminal papers was entitled, “What You Don’t Have Can’t Leak.” His teachings on accident investigations refocused the emphasis from individual lapses to systems failures and safer design. These concepts fostered a revolution in modern safety management thinking.

After retiring in 1982, Dr. Kletz established a second career as an author, speaker and academic. He served in recent years as adjunct professor of the Texas A&M University and Visiting Professor of Chemical Engineering at Loughborough University in the UK.

Commentary by Kletz – excerpted from a CSB interview with him -- is featured prominently in the 2008 CSB safety video, “Anatomy of a Disaster,” which tells the story of the BP Texas City refinery accident in 2005 that killed 15 workers and injured 180 others.

If you think safety is expensive…

In the video, Dr. Kletz says, “There's an old saying that if you think safety is expensive, try an accident. Accidents cost a lot of money. And not only in damage to plant and in claims for injury, but also in the loss of the company's reputation.”

“This is bad management”

And in another segment, on the company’s reporting and learning culture: “Well, after an accident, managers often say, ‘I didn't know this was happening or not happening,’ as the case may be, ‘if I'd known it, I'd have stopped it.’ Now this is bad management. It's the manager's job to know what is going on. And, he can do that by going round and by keeping his eyes open and reading the accident reports in detail.”

“These are typical of the ways in which this wonderful man, so committed to preventing accidents and saving lives, communicated in such plain and effective language,” said CSB Chairperson Rafael Moure-Eraso. “Consider this typically pointed comment – also from our video – that gets to the heart of why accident prevention should be about looking for root causes, and not individual blame: ‘For a long time, people were saying that most accidents were due to human error and this is true in a sense but it's not very helpful. It's a bit like saying that falls are due to gravity.’”

The titles of just some of Dr. Kletz’s many authoritative books display his keen focus on making processes safer:  “What Went Wrong?” “Lessons from Accidents,” “Process Plants – a Handbook for Inherently Safer Design,” and “By Accident--a Life Preventing Them in Industry.”

“So today we mourn the loss of Trevor Kletz, whose lifetime of work has unquestionably resulted in workers’ lives saved and accidents prevented – a legacy we will try to emulate at the CSB.”