Workers Memorial Day: “Honor the dead, fight like hell for the living” 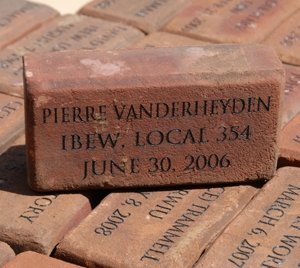 As workers, workplace safety activists and others gather in ceremonies around the country to commemorate Workers Memorial Day today, AFL-CIO President Richard Trumka blasted business groups for blocking what he says are much-needed safeguards.

“The Obama administration has moved forward to strengthen protections with tougher enforcement and a focus on workers’ rights,” said Trumka. "Also much-needed safeguards stalled for years due to business opposition have finally started to advance, including a new proposed OSHA silica standard to protect workers from this deadly dust that causes disabling lung disease.”

Trumka said other protections have been effectively stalled by industry opposition and Republican lawmakers.

“No worker should die on the job. Every one of the 150 working men and women who die every day from injury or occupational disease serve as a constant reminder of the dangers too many face at the workplace.” (According to the Bureau of Labor Statistics, 4,628 workers lost their lives on the job in 2012, while an 50,000 workers die annually from occupational diseases caused by exposures to toxic chemicals and other health hazards.)

Trumka conceded that there have been significant reductions in occupational fatalities, injuries and illness since OSHA began operations and the Occupational Safety and Health Act went into effect April 28, 1971.

“But those key workplace safety milestones didn’t just happen. They came about because workers and their unions organized, fought and demanded action from employers and their government. Virtually every safety and health protection on the books today is there because of working men and women who joined together in unions.”

Trumka said that as the nation remembers those who have died on the job, “we should rededicate ourselves to holding companies accountable for putting profits over people, and we must demand stronger safety standards in the workplace. Until every worker, from the farm to the factory, is guaranteed the peace of mind of a safe workplace, our job will never truly be done.”

This is the 25th Workers’ Memorial Day in the U.S. Many who observe it have adopted a slogan attributed to Mary “Mother ”Jones, a 19th century labor organizer: “Honor the dead, fight like hell for the living.”