“There is a huge need for CEOs to figure out how to use safety guys to maximum effect.” 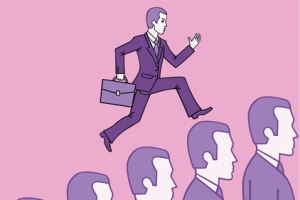 ISHN conducted an exclusive interview with Jim Spigener, Behavioral Science Technology (BST), who presented a talk at ASSE Safety 2014 on “Changing the Game in Safety Performance: The Leader’s Role.”

ISHN: What must be in place, the groundwork or foundation, before safety leaders attempt to change the game and transform safety performance in their organization?

Jim Spigener: By the term “safety leader” I focus mostly on non-functional safety people, such as CEOs and COOs. I believe we have a pretty large gap in the function of safety itself; we have a lot of people who don’t know how to transform, how to lead. The mindset is: let the guy who leads the company deal with it, figure it out.

So safety throws a brick, an initiative, into his office. There is a huge need for the guy who receives the brick through the window to know what do to with it; how can it strength the business, be profitable, and strengthen safety? That brick can be BBS, new serious injury and fatality prevention stuff, a new way to look a process safety -- some solution the safety pro has that he or she believes will reduce risk. But the safety pros often don’t really know how to sell it, coach that leader, how to weave the solution into fabric of the organization.

Also, there is a huge need for these CEOs to figure out how to use safety guys to maximum effect. “How do I maximize that guy’s effect?” Safety is not the game that CEOs are in; they are trained in other business areas. Talk culture and their eyes glaze over, even though we know culture eats strategy for breakfast.

These systems are enablers. Also in the organization there has to be a recognition that people will comply with something they don’t innately or naturally see the  need for only if they see the need to comply.

Constantly investigate serious injuries and fatalities and you find somebody didn’t follow the procedure. Why did they do that? As humans we really can’t see all the stuff around us, the distance between an unsafe behavior or decision and the outcome. There is no vision of the outcome being in the cards.

Even if a process is in place, the risk is not the mechanism that will create the personal value for safety. It’s the culture that creates the value; it has to be a deep value for the sanctity of human life.

We do, in the abstract and philosophically, value the sanctity of human life. When somebody gets whacked, I feel bad about it, but come on, what do you want me to do? Well, this is what changes you: I knew a VP of five facilities who received a 2:30 am phone call. The night manager told him an intern had been hurt on the job. The VP told me he couldn’t describe relief he felt that it wasn’t his kid. He went to the hospital and the kid’s parents came in and they talked for ten minutes or so. Then the doctor told them their son had bled to death. “The horror I saw on the mother’s face, I thought I was going to pass out, I got weak in the knees,” said the VP. “In that second I realized they took the bullet that I dodged. It wasn’t my daughter. But I hadn’t taken care of that son the way I’d want my daughter taken care of. If you can’t think of your employees as your family, you don’t deserve to be in a leadership position.”

I take leaders through this story, I give them an incident scenario, and it causes a dramatic transformation. Leaders think of this stuff as really important, the sanctity of life. You can’t bring somebody back, you can bring anything else back.

It’s critical for leaders tap into this. If they are to move the safety needle, they must do stuff they haven’t been doing. This can be hard because they may have a personality that is not conducive to a new behavior.

A leader may be good at delegating, but he rarely goes out into the facility to spend time with people. “Well, I’m an introvert,” he says. That kind of thinking drops a screen in front us. We automatically think of reasons why it a new behavior won’t work. Only your values will cut through that filter.

You can move the guys who are not there yet, you can move them, motivate them to a new behavior or two or three or five. They can engage more in safety activities. Your coaching needs to be compelling enough for leaders to do something new, something not so far outside their comfort zone. But with coaching their value is moved one notch up; then they are ready to take on something else for safety.

This is called behavioral shaping with positive consequences and recognition. Get a VP on a helicopter and have him visit three drilling platforms. Then you have got to tell that VP how much his visit is appreciated. This is how you move him.

In your experience, what have you found to be the motivation for a dramatic transformation of safety performance? Personal values? A terrible calamity, etc?

A terrible calamity does change people dramatically, but the trouble is, you can’t wait for one.

Describe one or two essential elements necessary to build what you call a culture of commitment.

In a culture of commitment, I’m asking you to do things that you may not see the value of doing yourself. Don’t take that shortcut but follow the procedures. Stay after five to finish that report, go to Asia instead of staying with your family.

What makes people willing to do this? The leader has to create a sense that ”I would do the same for you.” This is social exchange theory or reciprocity. The leader creates a sense that success for followers is as important as his own success. He does this by spending one-on-one time with people, modeling for people.

He asks, “Do I create a sense of trust, a sense of mission, am I inspiring?” The leader wants internal pride, he wants people to have a great sense of accomplishment, to know what’s in it for them besides money. These are the transformational abilities of the leaders.

Many leaders are good at doling out assignments, telling how and when and what, executing transactions with employees. Transformational leaders have a different relationship with employees, driving commitment in a very dynamic way.

Give an example of a proven practice that leaders have used to tap into their personal value for safety.

The thing I have most success with as an executive coach is to create scenarios for leaders. Say a VP has 23 sites in North America. At nine one morning a single mom with two small children goes into a machine to make an adjustment. She followed procedures precisely, but the machine crushed her, paralyzed her from the neck down permanently. They investigated and found out they left out a step in the procedure from the manufacturer of the machine. So the VP shut every plant down, said everyone has got to see the manufacturer’s video on how to do the procedure. Every employee must be trained and visually observed.

The next day, at one site, the VP said let’s step in there and talk to those guys. He walked into the room -- there were two crews, and two supervisors in the corner talking shop. All the employees were talking and laughing. The VP’s reaction was anger. His response: he kicked the video player off the stand, got everyone’s attention, and started cursing. He made up cuss words. I thought he’d assault someone. We got him out of the room; he was not prepared as a leader to intervene in that situation.

You find yourself in that scenario, what would the employees know and think about your commitment to safety? One, that you really care about the people; two, you take some responsibility for what’s going on; and three, it’s OK to be angry --, but don’t express it in a way that doesn’t show personal responsibility or caring for people.

What do you want those employees in that room to think and feel about their values? To be ashamed of their behavior, absolutely. They let each other down. But they didn’t get that from his anger. It’s not helpful to have employees say, “I heard the VP went bonkers.” What is helpful is if he sits down and talks to employees in a way that comes across as this is a personal issue for him. Then the VP makes people realize they were acting in that room way outside of what their values are. As a coach I’ll run eight to ten scenarios in 12 months. That’s how I move leaders. Put real stuff in front of them, and move them personally.

What can a typical ASSE safety manager do to help his senior leaders tap into their personal value systems for the benefit of better safety performance?

Their number one concern should be to develop themselves. A lot of safety people don’t possess the skills to do this. First, fix yourself. First, know how to impact the culture. Many in safety haven’t taken the time to know what really affects culture. They need to educate themselves a bit on culture. Not just the buzzword, but what are the personality characteristics standing in way of themselves and their bosses? It is a self-development process. The schools are not doing it. You have got to develop yourself.

At the National Safety Congress: Safety in a post-Covid world

At the National Safety Congress: Work on your soft skills

At the National Safety Congress: Be mindfully focused

ASSP Safety21: The focus is on HEALTH in safety & health