“People freeze when they want to do something for someone’s safety but don’t know the first step.” 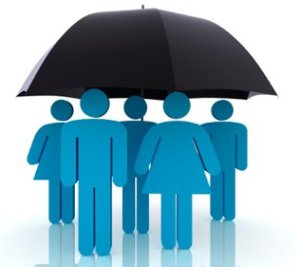 ISHN conducted an exclusive interview with John Drebinger of John Drebinger Presentations, who presented a talk at ASSE Safety 2014 on “The ‘How To’ of Watching Out for the Safety of Others.”

ISHN: Why is there a lack of substance and specific things to do, as you say, behind the saying “be your brother/sister’s keeper”?

John Drebinger: Nobody teaches you the ‘how to’ of “Hey, watch for other people.” There are a lot of people who care, who don’t want you to get hurt, but no one has taught them how to care, how to share safety. How do you make that comfortable for people?  You can simply say, “Would you like me to watch out for your safety?” Instead people might yell, “Hey, there’s a trip hazard there;” or “Hey, wear your goggles.” People freeze when they want to do something for someone’s safety but don’t know the first step. It’s not a lack of desire, it’s more like, “Who am I to say something? This guy has been here longer than I have.” Whenever you have doubt, your freeze; the default position is not to take action.

What cultural elements need to be in place – trust, candor, engagement, etc. – for a workplace to exist where everyone truly watches out for the safety of each other?

I think people actually care about each other. If someone gets seriously hurt in the workplace, people are concerned, they feel bad about it. A gentlemen in my church collapsed yesterday, we thought he had a heart attack. A whole bunch of people in church cared about Sherwood. It’s not a lack of caring, it’s “What do I do about that? Should I go back and help?” A lot of people will think, “There are a lot of people smarter than me that can help.”

Certainly trust, candor, engagement help in the culture. But you need to know a way to help that is not offensive, you don’t want to offend a senior worker. I point out that how people respond is critical, that’s the essence of a safety culture. If you tell someone, “You need your safety glasses on.” And the response is, “You SOB, I don’t want your input.” Well, that culture is resistant to helping people out. Instead, ask the person, “Can I watch out for you?” They’ll most likely say yes, because they are curious what you are going to do. It’s a bit of trick question because people are naturally curious about what you’ll do, and they’ll probably say “yes” to your request.

What is the motivation for someone to go beyond caring about themselves to caring about and watching out for the safety of others? What’s in it for them? What’s their “reward”?

I believe there is only one kind of motivation, self- motivation. The key for leaders is to give people a reason for doing it, make it worthwhile for them. My first safety talk 24 years ago was about safety -- what’s in it for me? I gave reasons to watch out for others: the first one is because it is of benefit to you, your own safety awareness goes up when you watch out for others’ safety. You are more likely to see stuff that will hurt you. It’s like getting on a safety committee. Your safety knowledge goes up. Number two, you’ll never have the regret of not saying something. People who choose not to say something, who didn’t take the time, if that person they neglected ultimately gets hurt, that pain never goes away, even if the pain goes away for victim.

Two years ago at the ASSE conference a  lady came up to me, trembling and said, ”Never stop telling people to watch out. Eleven years ago I didn’t take action, and there is not one day I haven’t relived that nightmare.” People have even killed themselves out of guilt over something they failed to do. You don’t want to go the rest of your life regretting not saying something.

I also appeal to what I’d call people’s American characteristic -- we like helping people, when there’s a disaster, say Hurricane Katrina, people were flying down to the Gulf help as relief workers. You get that good feeling of helping others.

What is the biggest barrier to workers speaking up and sharing their concerns about safety in the workplace?

People don’t think anything bad is going to happen. How many times have you seen someone get hurt doing that, taking a shortcut? Usually nothing happens. They say never stand on chair changing a light bulb, but I’ve never seen someone fall off, so my brain says nothing will happen.

We talk ourselves into nothing will happen, or someone else will see it, call it in, or everyone knows that hazard. It’s uncomfortable to walk over to somebody to share they are doing something unsafe, something wrong. I suggest that people say in a non-confrontational way, “Would you mind if I watched out for you safety?” If they say, “No, don’t do it,” well, you have no regret.

Will workers still watch out for the safety of co-workers even if their supervisors and senior leaders are apathetic toward safety?

I think in general caring people will say something if they figure out a way to do it. If the leadership doesn’t support them in teaching them how to do that, workers can still watch out for each other’s safety. If I care about you as a person, even if the culture doesn’t support safety, your own personal caring will have you take action.