What you should know about radon exposures 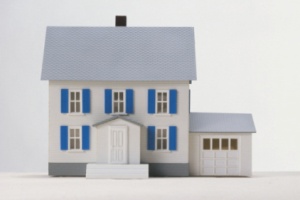 Are we sure that radon is a health risk?

The EPA already has a wealth of scientific data on the relationship between radon exposure and the development of lung cancer. The scientific experts agree that the occupational miner data is a very solid base from which to estimate risk of lung cancer deaths annually. While residential radon epidemiology studies will improve what we know about radon, they will not supersede the occupational data. Health authorities like the Centers for Disease Control (CDC), the Surgeon General , the American Lung Association, the American Medical Association, and others agree that we know enough now to recommend radon testing and to encourage public action when levels are above 4 pCi/L. The most comprehensive of these efforts has been the National Academy of Science's Biological Effects of Ionizing Radiation (BEIR VI) Report (see www.epa.gov/radon/beirvi.html). This report reinforces that radon is the second-leading cause of lung cancer and is a serious public health problem. As in the case of cigarette smoking, it would probably take many years and rigorous scientific research to produce the composite data needed to make an even more definitive conclusion.

How do we know radon is a carcinogen?

The World Health Organization (WHO), the National Academy of Sciences, the US Department of Health and Human Services, as well as EPA, have classified radon as a known human carcinogen, because of the wealth of biological and epidemiological evidence and data showing the connection between exposure to radon and lung cancer in humans.

There have been many studies conducted by many different organizations in many nations around the world to examine the relationship of radon exposure and human lung cancer. The largest and most recent of these was an international study, led by the National Cancer Institute (NCI), which examined the data on 68,000 underground miners who were exposed to a wide range of radon levels. The studies of miners are very useful because the subjects are humans, not rats, as in many cancer research studies. These miners are dying of lung cancer at 5 times the rate expected for the general population. Over many years scientists around the world have conducted exhaustive research to verify the cause-effect relationship between radon exposure and the observed increased lung cancer deaths in these miners and to eliminate other possible causes.

In addition, there is an overlap between radon exposures received by miners who got lung cancer and the exposures people would receive over their lifetime in a home at EPA's action level of 4 pCi/L (picocuries per liter of air), i.e., the lung cancer risk in miners has been documented at exposure levels comparable to those which occur in homes/residences.

Should I test the soil for radon before building?

This answer is covered in our publication, Building Radon Out - www.epa.gov/radon/pdfs/buildradonout.pdf on page 22.

Soil testing for radon is not recommended for determining whether a house should be built radon-resistant.  Although soil testing can be done, it cannot rule out the possibility that radon could be a problem in the house you build on a lot.  Even if soil testing reveals low levels of radon gas in the soil, the amount of radon that may enter the finished house cannot be accurately predicted because one cannot predict the impact that the site preparation will have on introducing new radon pathways or the extent to which a vacuum will be produced by the house.  Furthermore, the cost of a single soil test for radon ranges from $70 to $150, and at least 4 to 8 tests could be required to accurately characterize the radon in the soil at a single building site.  Therefore, the cost to perform the soil testing is very high when compared with installing the passive radon system in high radon potential areas (see the EPA Map of Radon Zones at www.epa.gov/radon/zonemap.html).

Why not wait to install the radon-resistant features until after the home is completed and a radon test is performed?

It is much easier and far less costly to prepare the sub-grade to improve the soil gas flow before the slab is cast.  Also, the pipe for the radon-resistant system itself can be run more easily through the house before it is finished.  This significantly improves aesthetics and can reduce subsequent system operating costs by planning to route the pipe through warm space to maximize passive operation of the system.

The best way to determine the radon level in a home: Test the home for radon after occupancy.

What are the health effects from exposure to radon?

There are no immediate symptoms from exposures to radon. Based on an updated Assessment of Risk for Radon in Homes (see www.epa.gov/radon/risk_assessment.html), radon in indoor air is estimated to cause about 21,000 lung cancer deaths each year in the United States. Smokers are at higher risk of developing Radon-induced lung cancer. Lung cancer is the only health effect which has been definitively linked with radon exposure. Lung cancer would usually occur years (5-25) after exposure. There is no evidence that other respiratory diseases, such as asthma, are caused by radon exposure and there is no evidence that children are at any greater risk of radon induced lung cancer than adults.

What is EPA's Action Level for Radon and What Does it Mean?

Radon in air is ubiquitous (existing or being everywhere at the same time). Radon is found in outdoor air and in the indoor air of buildings of all kinds.  EPA recommends homes be fixed if the radon level is 4 pCi/L (picocurries per liter) or more. Because there is no known safe level of exposure to radon, EPA also recommends that Americans consider fixing their home for radon levels between 2 pCi/L and 4 pCi/L.

Where I work we manufacture products from granite and other natural materials. Should I be concerned about radiation in my workplace?

I work in a granite fabricating and finishing shop. Is there a radon risk in my workplace?

Based on existing studies, most types of granite used in countertops and other aspects of home construction are not typically known to be major contributors of radiation and radon in the average home. To date, the Occupational Safety and Health Administration ("OSHA") has not performed any testing for radon in the workplace where granite is fabricated or finished. However, because some granites are more radioactive than others, depending on the composition of the molten rock from which they formed, it is possible that radon is present in your workplace at levels exceeding background radon concentrations. The only way to know for sure is for your employer to test your workplace. The OSHA method for measuring radon gas concentration is briefly described at "Chemical Sampling Information: Radon," available at www.osha.gov/dts/chemicalsampling/data/CH_265469.html. A more detailed technical description is given at "Radon in Workplace Atmospheres," available at www.osha.gov/dts/sltc/methods/inorganic/id208/id208.html. EPA also provides information about radon testing.

Is exposure to radon in the workplace from granite and other natural materials regulated?

Yes. Radon is a naturally occurring radioactive gas that is covered by the OSHA standard for ionizing radiation exposure in the workplace. As described in "Radon in Workplace Atmospheres," the OSHA radon exposure limit for adult employees is 100 pCi/L averaged over a 40-hour workweek. The OSHA standard also requires employers to survey the workplace as necessary. Such evaluation includes a physical survey of the location of materials and equipment, and measurements of levels of radiation or concentrations of radioactive material present. The OSHA standard for ionizing radiation can be found at http://www.osha.gov/pls/oshaweb/owadisp.show_document?p_table=STANDARDS&p_id=10098.

Who should I contact if I have questions about radiation in the workplace?

OSHA maintains a safety and health topics page that contains useful information at www.osha.gov/SLTC/radiation/index.html. Or, you can call 1-800-321-OSHA. Operators can help you with your questions and direct you to an OSHA office or state program in your area.