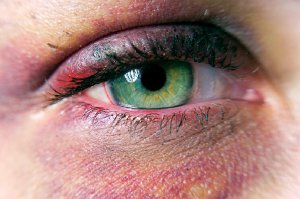 Two recent cases of OSHA enforcement illustrate how workplace violence can pose a threat to workers in vastly different industries.

Corizon Health Inc., which provides medical, dental and psychiatric services to inmates at the Rikers Island correctional facility in New York City, was cited by OSHA for knowingly failing to protect its employees adequately against workplace violence and assault.

So was Brookdale University Hospital and Medical Center in Brooklyn, NY, which exposed its employees to head, eye, face and groin injuries and intimidation and threats during routine interactions with patients and visitors.

OSHA found that the number of incidents involving Corizon employees at Rikers increased from eight in 2011 to 39 in 2013. In addition, during the course of OSHA's investigation, six workplace-violence-related incidents occurred between Feb. 11 and May 14, 2014. These included threats, physical assault, a Corizon employee locked in a cell by an inmate and the circulation of a hit list of Corizon staffers targeted by inmates.

OSHA cited Corizon for failing to develop and implement an effective workplace violence prevention program for its employees at Rikers and failing to review and certify correctly the OSHA 300A illness and injury reporting form. The company faces $71,000 in fines.

Severe head injuries from being attacked while working

Brookdale did have a workplace violence prevention program – but it was ineffective.

OSHA found approximately 40 incidents of workplace violence reported between Feb.7 and April 12, 2014. These incidents involved employees who were threatened or physically and verbally assaulted by patients and visitors, or when breaking up altercations between patients. The most serious incident was the Feb.7 assault of a nurse, who sustained severe brain injuries when she was attacked while working.

As with Corizon Health, Brookdale management was aware of the incidents and failed to take effective measures to prevent assaults against its employees.

OSHA’s Kay Gee said many employees were unaware of purpose, specifics or existence, of the company’s workplace violence prevention program.

Brookdale was cited for that and for failing to correctly review and certify the OSHA 300A illness and injury reporting form and for not providing forms when requested by the authorized employee representative.

Guidelines for preventing workplace violence for health and social service workers are available at http://www.osha.gov/Publications/OSHA3148/osha3148.html.