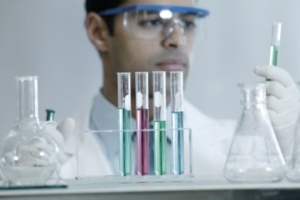 More than 230,000 workers in the U.S. are directly exposed to Dichloromethane (DCM), which is widely used in paint stripping products and poses health risks to those who use the products and even bystanders in workplaces and residences where DCM is used, according to the EPA.

DCM was one of three final risk assessments released by the EPA this week for specific uses of three chemicals found in common household products.

EPA scientists determined that DCM is likely to be a carcinogenic and could potentially cause liver damage.

Jim Jones, Assistant Administrator for EPA’s Office of Chemical Safety and Pollution Prevention said with the finding, the agency is beginning an effort to determine options for addressing the concern over DCM.

Risk assessments for the other two chemicals did not show concerns. The other two looked at ecological risks of antimony trioxide (ATO) used as a synergist in halogenated flame retardants and 1,3,4,6,7,8-Hexahydro-4,6,6,7,8,8,-hexamethylcyclopenta-[γ]-2-benzopyran (HHCB) used as a fragrance ingredient in commercial and consumer products.

These final assessments and the recently released TCE risk assessment, which identified concerns for certain uses, were developed as part of the agency’s Toxic Substances Control Act (TSCA) Work Plan, which identified chemicals for review and assessment of potential risks to people’s health and the environment. The risk assessments are based on the best available information and were finalized after careful consideration of comments from the public and experts during an independent, scientific peer review of the assessments.

Voluntary or regulatory actions ahead

For DCM, EPA is considering a range of possible voluntary and regulatory actions to address concerns and anticipates conducting a workshop in late fall to engage key stakeholders and the public on potential alternatives and risk reduction approaches.

In the meantime, EPA recommends that consumers check the label to determine if the product contains Dichloromethane or Methylene Chloride. If so, EPA recommends taking precautions that can reduce exposures, such as using the product outside or in an extremely well-ventilated area and wearing protective equipment.

Additional information on these final risk assessments and other TSCA Work Plan chemicals can be found at: http://www.epa.gov/oppt/existingchemicals/pubs/riskassess.html