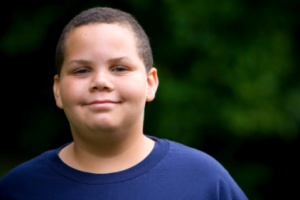 In light of recent news stories showing a strong link between the consumption of sugary drinks and obesity, the collaboration announced this week between the Alliance for a Healthier Generation and the American Beverage Association (ABA) may come as a surprise to some people.

The goal of the Alliance for a Healthier Generation is to reduce the prevalence of childhood obesity and to empower kids to develop lifelong, healthy habits. The goal of soda manufacturers and distributors is to, well, sell soda.

Nonetheless, the ABA – which includes mega soda-makers PepsiCo, the Coca-Cola Company, Dr Pepper, and the Snapple Group, Inc., says the beverage industry “has a longstanding commitment to being part of the solution to reducing obesity in America.”

Working with the Alliance, the ABA has launched what it calls the single-largest voluntary effort by an industry to help fight obesity. “The Balance Calories Initiative” is aimed at reducing beverage calories consumed per person nationally by 20 percent by 2025. The plan is to provide consumers with more choices, smaller portions and fewer calories.

If it succeeds, the iniative could have a significant impact on health in the U.S. Dr. Frank Hu, Professor of Nutrition and Epidemiology at Harvard School of Public Health, says there’s strong scientific evidence that decreasing sugar-sweetened beverage consumption will reduce the prevalence of obesity and obesity-related diseases. According to the School, consuming sugary drinks regularly – 1 to 2 cans a day or more – increases the risk of type 2 diabetes, heart attacks and gout.

The ABA says beverage companies will:

The Alliance was founded by the American Heart Association (AHA) and the Clinton Foundation.

The AHA said the ABA’s pledge “to reduce the visibility and consumption of full calorie sodas, while labeling calorie counts on vending, fountain and retail equipment with a particular emphasis on helping communities in greatest need, is a positive step forward towards improving the public health.”

The initiative will begin in Los Angeles, Calif., and Little Rock, Ark. The ABA’s commitment places special focus on eight to 10 communities of greatest need, where there are currently gaps in access to healthier beverage choices; and that there will be independent, third-party analysis and assessment of the results, both at the conclusion of the agreement in 2025, and at several interim stages along the way.