"The tobacco industry fights back" 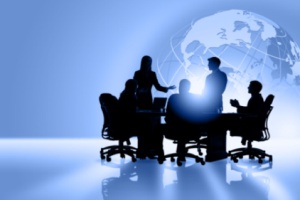 The World Health Organization said tremendous progress was made on its Framework Convention on Tobacco Control (FCTC) at a recent conference in Moscow, despite significant opposition from the tobacco industry.

WHO Director-General Dr Margaret Chan said that “as implementation of the Framework Convention reaches new heights, the tobacco industry fights back, harder and through every possible channel, no matter how devious those channels and practices are.”

One of the first decisions approved by the Parties was on the Article 6 guidelines, devoted to tax measures to reduce the demand for tobacco. Tobacco taxation is a very effective tool for influencing the prices of tobacco – higher taxes usually lead to higher prices, which in turn lead to lower consumption.

The regulations provide for tax rates to be monitored, increased and adjusted annually, taking into account inflation and income growth. At the same time, all tobacco products should be taxed in a comparable way to prevent substitutions of the use of one product with another.

Several measures aimed at restricting tobacco industry interference were decided by the parties, which concern implementation of Article 5.3 of the WHO FCTC. These include request the Convention Secretariat to continue providing technical support to the Parties, and to engage with international organizations on the matters of tobacco companies’ influence.

Another milestone in tobacco control was adoption of the decision on electronic nicotine (and non-nicotine) delivery systems, also known as electronic cigarettes. This rather novel product was first launched by independent companies, but many of them are now being controlled by multinational tobacco companies. The decision acknowledges the need for regulations along the lines of policies concerning other tobacco products, including banning or restricting promotion, advertising and sponsorship of ENDS.

COP6 honored the tradition of the previous conferences and adopted the Moscow Declaration. Noting that the heaviest burden of tobacco related diseases is borne by the most vulnerable population groups, the Declaration calls on the parties to strengthen international collaboration on tobacco control and attain a voluntary global target of 30% prevalence reduction by 2025.

The President of the COP Bureau, Professor Chang Jin Moon, said that many other significant decisions were made and “it is clear that the Parties are supportive of continuing to raise the profile of the WHO FCTC in the international arena and on global health agenda.”

WHO said these decisions will help move forward the treaty, which entered into force in February 2005. The number of Parties to the Convention is 179 as of today. It is the fastest ratified treaty in the UN history. Conference of the Parties is the governing body of the Convention, which meets regularly to review progress of the Convention and takes the decisions necessary to promote its effective implementation.