It’s been “a fruitful challenge”

An oil company’s adoption of process safety management (PSM) is the subject of an article in the November issue of Professional Safety, the American Society of Safety Engineers’ (ASSE) journal. 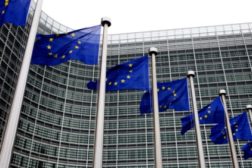 Seventeen scientists who launched a high profile attack on plans in Europe to regulate endocrine-disrupting chemicals have past or current ties to regulated industries. An investigation by Environmental Health News (EHN) revealed that of 18 toxicology journal editors who signed a controversial editorial, 17 have worked with or for the chemical, pharmaceutical, cosmetic, tobacco, pesticide or biotechnology industries.

EPA to restrict imports of harmful chemicals used in carpets

The EPA is finalizing a rule that will allow the agency to restrict imports of potentially harmful perfluorinated chemicals that could be used in carpets. The regulation will require companies to report to EPA all new uses, including in domestic and imported products, of these chemicals once used  for soil and stain resistance in carpets.

The Obama administration’s withdrawal last week of two pending EPA proposals that would have helped inform the public about potentially dangerous chemicals showed showed that it was catering to the interests of the chemical industry, according to the National Resources Defence Council (NRDC). The group said the move undermines public health efforts.

“This situation must be addressed”

Frustrated by the lack of federal regulatory action in the wake of the April 17 West, Texas chemical factory explosion, the U.S. Chemical Safety Board (CSB) has released a new video to illustrate the scope of the hazard.

Wal-Mart Stores, Inc., has entered into a corporate-wide settlement agreement with the U.S. Department of Labor to improve safety and health conditions in all 2,857 Wal-Mart and Sam’s Club stores under federal jurisdiction. 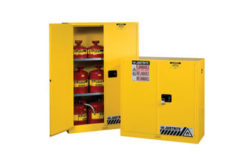 Studies find health of workers and their children affected

Endocrine disruptors - chemicals that interfere with the hormone system – are the focus of growing concern in Europe. Istas, the research arm of the Spanish trade union CC.OO, sounded the alarm in a recent report, while European NGOs launched the "EDC Free – Stop Hormone Disrupting Chemicals” campaign at the end of March.

A hydrocarbon release at a Chevron refinery in Richmond, California last August engulfed nineteen workers in a vapor cloud and sparked a fire that caused nearby residents to be evacuated. Now the U.S. Chemical Safety Board (CSB) is preparing to make public the results of its investigation into the incident.

Finally- there’s some movement on OSHA’s silica rule; Canada prepares for a Day of Mourning for workers killed or injured in the workplace; companies plan to change healthcare benefits and school safety recommendations are issued – all in the week’s top OEHS-related stories as featured on ISHN.com: