Dr. John Howard on 9/11: When the World Changed 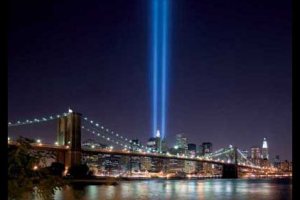 This article originally appeared in From the Director’s Desk - John Howard, M.D. , Director, NIOSH at www.cdc.gov/niosh/

Ten years after the terrorist attacks of 2001, our nation pauses to honor the memories of those who died and the heroism of the responders who saved others from death. As a national community, we extend our sympathy to those who suffered personal tragedy.
The attacks were a defining moment for emergency preparedness. Before 9/11, Federal, state, and local governments on average had done a pretty good job of preparing for disasters on a smaller scale, where the dangers were more predictable and more easily managed. Although occasional spasms of terrorism in the 1990s had prompted new attention by many to emerging needs in preparedness and response, the concern remained somewhat abstract in the general public consciousness.

With the terrorist attacks of 9/11 and the anthrax attack that closely followed, we entered a new reality. We learned that mass destruction could be inflicted on a major U.S. urban center, and biological weapons could travel lethally through the mail. Our preparedness strategies for the 21st Century would have to incorporate such unprecedented threats. In this imperative, there was a natural role, and a central role, for occupational safety and health professionals.

As we saw in the attacks in 2001, occupational safety, health, and security needs are interlocked for the people who work in public and commercial buildings, the responders who likely are the first to arrive at the scene of an attack, and the men and women who staff transportation security. We in the occupational safety and health community were mobilized to apply skills that had served the nation well in reducing job-related injury and illness in traditional workplaces. We were asked to adapt existing tools to new uses. We were challenged to solve complex technical problems for which we had no precedent to follow.

I am gratified that NIOSH has been an integral part of those initiatives, and that we have worked diligently with diverse partners to meet ongoing needs for national preparedness, safety, and security. As I have seen in my role as the WTC Program Administrator, investments in preparedness are strategic investments in occupational and public health. Many of the products and resources from NIOSH’s efforts with partners in helping to strengthen preparedness over the past decade have become standard features of today’s emergency preparedness programs.

For responders: During and after the rescue, recovery, and cleanup at Ground Zero, issues relating to personal protective equipment came front and center. Fire fighters and other responders sought assurance that they can rely on the respirators with which they are equipped, particularly in first response at sites where chemical, biological, radiological, or nuclear (CBRN) weapons might have been deployed. Starting within months of 9/11, NIOSH began to develop new standards for testing and certifying various types of respirators for protection against CBRN exposure. Under federal procurement rules, any agencies purchasing respirators for responders with U.S. Department of Homeland Security funds must select devices certified to these CBRN standards. NIOSH has also worked with manufacturers and technical standards organizations to promote greater compatibility among respirator components, advance greater compatibility in communication systems at emergency sites, and develop performance-based requirements for CBRN-protective clothing.

For building occupants: NIOSH and partners developed cornerstone guidance documents for protecting public and commercial buildings from CBRN contamination, http://www.cdc.gov/niosh/docs/2002-139/ and for designing filtration and air-cleaning systems to safeguard the indoor environment from airborne CBRN particles http://www.cdc.gov/niosh/docs/2003-136/ . The Federal Emergency Management Administration incorporated substantial portions of those documents into their training manuals, training 6,000 building and security managers annually and supplying information so far to more than 250,000 people seeking guidance.

For postal, security, and office workers: Following the 9/11 anthrax attacks, NIOSH worked closely with the U.S. Postal Service to evaluate control technologies and biohazard detection systems to reduce postal workers’ potential exposure to anthrax and other hazardous biological agents during mail processing. NIOSH also helped to develop a faster, more sensitive method to detect exposure to anthrax, hastening treatment for anyone already exposed and controls to protect others who may be at risk.

In strengthening preparedness for disasters resulting from human aggression, we also improve preparedness for natural disasters and those associated with unintended disruptions or failures of industrial process systems. For example, from the experience at Ground Zero, where no organized system was in place to reliably identify and track the thousands of people who came on site to help in rescue and recovery, we were reminded that it is essential to have a roster of responders in a large-scale emergency. A roster identifying individuals, providing contact information, and including at least basic information about their duties is a critical resource for addressing later concerns about potential long-term health effects. In the Deepwater Horizon response of 2010, NIOSH staff deployed to the Gulf worked tenaciously to roster more than 55,500 containment, cleanup, and wildlife rehabilitation workers and volunteers. The roster will provide a fundamental tool for studies to track potential effects over time http://www.cdc.gov/niosh/topics/oilspillresponse/workerroster.html .

Similarly, NIOSH has also proposed an overarching framework for ensuring responder safety and health by monitoring and conducting surveillance of responders’ health and safety during the entire cycle of emergency response, including the pre-deployment, deployment, and post-deployment phases of a response. The proposed system, the "Emergency Responder Health Monitoring and Surveillance (ERHMS)" system, includes a guidance section describing the principles involved in ensuring optimal responder safety and health, as well as tools which can be utilized to help facilitate the execution of these principles during an actual response. NIOSH recently completed public review and peer review of the draft document which proposes the framework. We have submitted the document for review and approval to the National Response Team - which coordinates the Federal Government’s emergency preparedness program - and the document will be field-tested in coming months in federal emergency response exercises http://www.cdc.gov/niosh/docket/archive/docket223.html .

"We will never forget the selfless courage demonstrated by the firefighters, police officers, and first responders who risked their lives to save others," President Obama said of the heroes of 9/11. As we observe the 10th Anniversary of the attacks and honor those heroes and their fa

At the NSC: NIOSH’s Dr. Howard focuses on falls