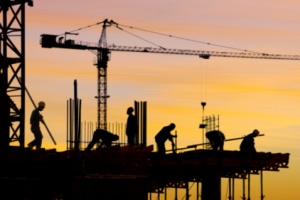 Workers were struck and injured by massive cranes two days in a row at a Cleveland worksite, prompting OSHA to launch an investigation leading to 21 citations against the company. One violation involved not recording those injuries.

Three willful safety violations related to the May 9 and May 10 incidents were cited for operating a 20-ton, cab-operated crane and a 5-ton, floor-operated crane with the hoist blocks and hooks stuck in position approximately 6 feet off the ground, causing a "struck-by" hazard for workers; failing to establish a preventive maintenance program for the company's eight cranes; and failing to have a gong or other effective warning signal on a 20-ton, cab-operated crane.

Eleven serious safety violations, with proposed fines of $29,400, were cited for failing to provide machine guarding on the horizontal band saw and radial arm saw, failing to develop an energy control program, using defective and worn slings throughout the facility, permitting various electrical violations to exist and using electrical equipment in need of repair.

Seven other-than-serious health violations, with proposed fines of $1,800, were cited for failing to record workplace injuries and illnesses on the OSHA 300 log, including the incidents that occurred on May 9 and 10; failing to maintain fire extinguishers; exposing electrical equipment to water from a leaking roof; and failing to provide sufficient space around electrical equipment.