Preventable diseases on the rise in U.S. 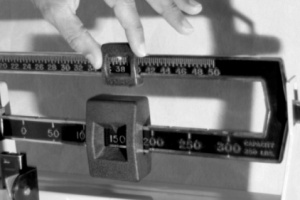 The report found:
• the nation made no progress in improving health in 2011 after three years of gains
• modest decreases in smoking and preventable hospitalizations
• dramatic increases in obesity and diabetes, combined with still-too-high levels of tobacco use, are putting more people at risk for preventable illness and higher health expenditures
• every person that quit smoking in 2011 was offset by a person becoming obese
• 2011 is the first year no state had an obesity prevalence under 20 percent

For the fifth year in a row, Vermont is the nation’s healthiest state. States that showed the most substantial improvement include New York and New Jersey, both moving up six places, largely because of improvements made in smoking cessation. Idaho and Alaska showed the most downward movement. Idaho dropped 10 spots, from number nine to 19 in this year’s Rankings, and Alaska dropped five places.

"States such as Tennessee and Maine – which made explicit efforts to improve their rankings – have shown us that improved public health is achievable but must be tackled in a concerted and aggressive way,” said Reed Tuckson, M.D., United Health Foundation board member and executive vice president and chief of medical affairs, UnitedHealth Group.

There were several positive trends:

These improvements were offset by troubling increases in:

The fact that the country did not improve in overall health status means there was a balance between improvements and detriments across all 23 measures. A compelling example of this stagnation is the improvement in the number of smokers being offset by worsening rates of obesity: the Rankings found that, for every person who quit smoking in 2011, another person became obese.

Tuckson called for government, the private sector, philanthropy and community-based organizations to collaborate in a data-driven process to determine and address health-related priorities.

United Health Foundation is launching an interactive “Take Action for Change” campaign to incent Americans to adopt healthier habits. For every day someone pledges an “act of health” on the America’s Health Rankings Facebook page, United Health Foundation will make a $0.25 donation – up to a total of $50,000 – to nonprofit organizations dedicated to improving the nation’s health. Visitors to the Facebook page will be able to upload their own “acts of health” and vote for which nonprofit organization will receive the $0.25 donation.

The American Cancer Society, Campaign for Tobacco-Free Kids and YMCA are partnering with United Health Foundation on this initiative. More information can be found at www.facebook.com/AmericasHealthRankings.