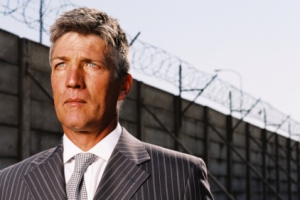 I would like to draw attention to the fact that not only do miners deserve better protection but all American workers deserve to have a safe and healthy workplace.

It is unfortunate that in a country as large and as prosperous as ours, we still cannot bring our workers home safe and sound everyday. Because we lose 12 workers everyday and thousands more are injured on the job.

America, where is our value of life?

With a mine disaster you normally have many deaths and that makes the nightly news, but the 12 or so killed everyday on the job, you never hear about them. The suffering of the families is the same and the lack of justice is always equal.

In this country, killing an employee is still just a misdemeanor. Because we do not have a felony charge, no one in the Justice Department wants to do anything about our " Natural Disasters."

I bet you did not know a small company with ten or fewer employees could kill all ten in one day and still get a 70% discount on their OSHA fine. It is sad but true.

I have been trying since 1999 to get a felony charge on the books for killing a worker. I have had two great Senators to mark up such legislation, Senator Mike Enzi from Wyoming in the "Safe Act" and Senator Edward Kennedy, Massachusetts, in the  “Protecting the American Workers Act."

I helped with both bodies of work, but neither has ever been brought up for a vote.

I will continue to push for a felony charge. I have said in many hearings and meeting, “Until we have a felony charge for killing a worker, we will never see corporate responsibility in this country".

OSHA and MSHA have had many excellent opportunities and have squandered them time after time again .

MSHA had Jim Walter, and Massey, OSHA had Tempel Grain and Crossroads Coop., just to name a few.

These agencies could have prevented many deaths, if only they would follow the law. Both of these agencies are under the Secretary of Labor, so why haven't we heard from her? Where is she? What has she done to correct the problem? Who is at the helm of this sinking ship?

I have long stated that the great American worker would be better protected under the Endangered Species Act, at least someone would go to jail under these laws.

It is a true shame that in this country we care more about our animals than we do our fellow man. No prison term or any amount of money will bring our loved one back, but by putting someone in jail for killing a worker, we can stop them from killing another great American worker.

Ron and Dot Hayes started the Families in Grief Hold Together (F.I.G.H.T.) Project after the untimely workplace death of their son, Patrick. Through the F.I.G.H.T. Project, the Hayes family has been able to provide much needed services and support to other families of victims of workplace injury, illness, and death, helping them to hold together and get answers while working through the difficult months and years that follow. In the course of his work, Ron has prompted changes OSHA regulations, published articles and conducted seminars to raise awareness of workplace safety, and has honored his son by blazing a path for approximately 913 families to navigate the physical and emotional hurdles encountered after a the loss or injury of a loved one.

“I peddle hope to all, I give folks a shoulder to lean on and a path to follow if they want to. As long as I can I will FIGHT for right,” says Ron.