Falling asleep while driving, losing temper with suspects linked to lack of Zzz's 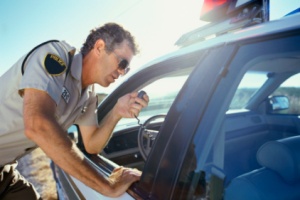 Sleep problems are common among police officers and are associated with more health issues and poorer performance on the job, a new study shows.

Researchers screened almost 5,000 police officers from the United States and Canada online or in person and found that 40 percent of them had a sleep disorder.

The most common problem, suffered by one-third of the officers, was obstructive sleep apnea, which occurs when muscle tissue in the back of the throat relaxes and collapses, temporarily blocking the airway. It can recur dozens of times a night, interrupting sleep and resulting in daytime exhaustion.

Another 6.5 percent had insomnia, according to the study published in the Dec. 21 issue of the Journal of the American Medical Association.

"Sleep disorders are very prevalent in this group. We found one out of four officers shows excessive sleepiness," said study author Dr. Charles Czeisler, director of the sleep medicine division at Brigham and Women's Hospital in Boston.

Sleep-challenged officers also had a 39 percent greater risk of making a serious administrative error at work compared to those who did not. They were 26 percent more likely to experience absenteeism, had a 24 percent greater chance of receiving a citizen complaint against them and nearly double the risk of falling asleep during meetings.

The study also showed a 96 percent increased risk of falling asleep during a telephone call, which led Czeisler to recall a YouTube video out a few years ago in which a woman called 911 in Memphis to report an intruder in her home and heard snoring on the other end of the line.

Depression, anxiety and emotional burnout were higher in the sleep-disorder group as well, the investigators found.

A positive screening for obstructive sleep apnea was also associated with a diagnosis of diabetes, cardiovascular disease and high caffeine consumption, the study reported. Czeisler said excess weight, common in those with sleep apnea, likely plays a role.

He said sleep problems are likely higher in the emergency worker population and shift work can interfere with healthy sleep patterns, the research suggests. But, "the American population is probably not that far behind. We know the U.S. adult population has been gaining weight. Two-thirds of Americans are now overweight or obese," Czeisler added.

Commenting on the study, Dr. Joseph Ojile, founder and managing director of the Clayton Sleep Institute in St. Louis, said, "What they uncovered is true to what we see in our office every day. These are the people we see -- our family, friends and neighbors who work in the field of law. It's a large, rigorous study. It's very helpful for us to be able to say this issue is real, here's data to back it up," he added.

"My personal hope is that this will allow us to start to have a conversation with police chiefs and city councils and say, 'Let us help you work with these  individuals,'" said Ojile, who said he's talked with interested local police and the city's bus authorities, but that mass sleep-disorders screenings have not been conducted so far.

Sleep expert Dr. Michael Grandner, who co-wrote an accompanying editorial in the journal, said he was surprised by the high rate of undiagnosed sleep disorders among police officers.

He pointed out that the association between poor sleep and poor job performance was also a concern. "Falling asleep at the wheel doesn't just put the officer at risk but everyone else, too -- the public at large," said Grandner, a postdoctoral researcher at the Center for Sleep and Circadian Neurobiology at the University of Pennsylvania.

Grandner said the study supports the need to talk to the public about the significance of being well rested. "We've gotten to the point where people understand the importance of heart health and obesity, but we haven't gotten there with sleep yet," he explained. "The general public hasn't bought into the idea that sleep is important."

In fact, Grandner said people often consider less sleep an admirable trait. "We brag about getting less sleep as a way of proving how hard of a worker we are," he noted.

The next step, Grandner agreed, is to get employers on board, to convince police departments that sleepiness impacts their workers' health, job satisfaction and performance, as well as their bottom line.